A plant upgrade reminds a village how long its original technology has lasted.

When the Trail Times reported last year that the village of Montrose, B.C., had successfully applied for Infrastructure Canada Grant Program funding for upgrades to its 56-year-old wastewater treatment plant, the local newspaper did not happen to mention the plant’s original aeration technology—installed by Lakeside Equipment in 1963—was still in operation. Indeed, it is very probably the longest-lasting engineering of its type to remain in working order anywhere in Canada and even North America, if not the world.

It takes a village

It was even further back, in 1942, that Leon Simmons had the idea of developing what was then known as Woods Flats—an area of about 220 acres—into a retirement village for workers from the nearby Cominco (now Teck) smelter.

Woods Flats was incorporated as a village in 1956 and, consistent with historic connections between Canada and Scotland, was renamed after the Scottish coastal town of Montrose, razed to the ground by the Danes in the 10th century.

In the late 1950s and early ‘60s, raw drinking water in Montrose came from a well drilled near the mouth of the Columbia River, into which Beaver Valley Creek flows. One determined local campaigned for a water treatment facility. At first, his concerns fell on deaf ears, but he formed a committee, then ran for council and eventually became mayor, during which time he successfully secured a grant for Montrose to have not only its fresh water treated, but also a sewer system.

The man behind this campaign, along with the introduction of Lakeside’s oxidation ditches in 1963, was Martin Walsh. Today, nearly 60 years later, his son Mike is mayor of Montrose, overseeing the wastewater treatment plant upgrade.

“At the time, the installation was state-of-the-art,” he says. “We are going ahead with an upgrade, but the Lakeside equipment is amazing for how old it is and still working fine after all these years. My father pushed very hard for Montrose to have efficient and long-lasting treatment systems. Together with his colleagues, they certainly chose wisely.”

“When the racetrack was installed, it was small, of course, for our small village,” says Walsh, “but even then, it was designed with room for expansion, which we took advantage of in 1980. We’ve had no major problems at all. It has just kept on working away.”

“This installation has been in operation much longer than most aeration companies have been in business!” says Warren Kerstein, vice-president (VP) of Lakeside. “It was our first oxidation ditch installation and, remarkably, it still has the original rotor aerators in use.” 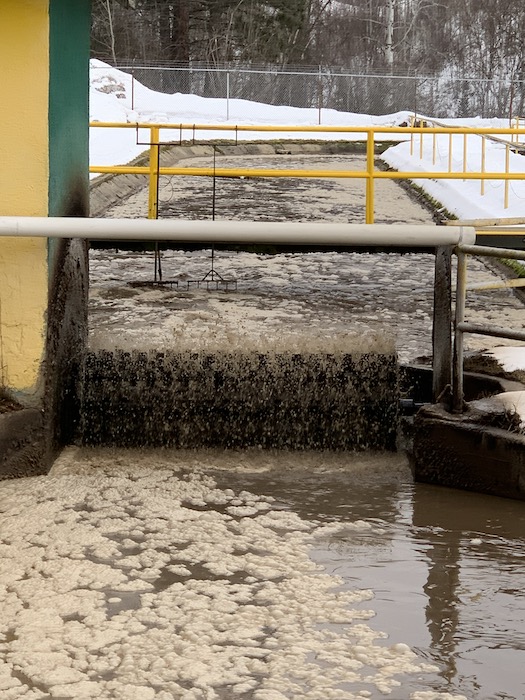 The equipment installed in 1963 is still going strong.

The racetrack design with common wall construction has proved an economical option for most wastewater treatment plants. Over time, reactors have been developed in several shapes, including the folded U, concentric multi-channel and, for small plants, a round packaged design with an internal final clarifier that reduces construction and equipment costs.

The CLR process features one or more reactors with a single feed point for raw wastewater and return sludge. Montrose’s simple racetrack configuration provides a straight-line flow pattern for wastewater between the headworks and the final clarifiers.

The installation was expanded in 1980.

At the core of the CLR process is the horizontal magna rotor aerator, which sustains a high population of micro-organisms in the reactor to provide simple process control. The rotor provides precise oxygen input into the biological process through adjustment of its immersion, by raising or lowering the level control weir and adjusting the rotational speed.

As the rotor provides oxygen to the biological mass, it mixes the micro-organisms uniformly and adds mixing velocity to the channel to prevent solids from settling. Its blades are die-formed 10-gauge AISI Type 304 stainless steel for stiffness and rigidity. They can handle a 250-lb impact load without deformation.

The CLR process has become known for stable operation over a wide range of influent flows and organic loadings. Even in cold weather conditions, when micro-organism activity decreases, the process can operate efficiently without special attention. The technology is designed to minimize the time and effort needed to control or adjust the system. 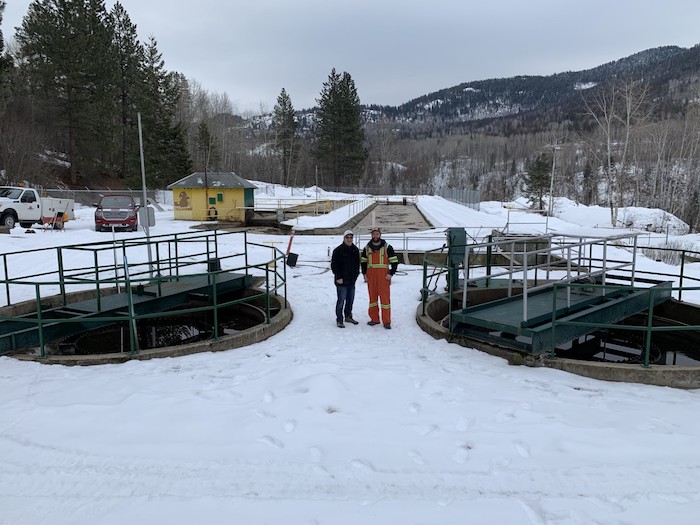 Time for an update

Since Montrose’s inaugural installation in 1963, more than 2,000 Lakeside systems of the same type have been introduced to other wastewater treatment plants across Canada and the U.S. Many of them, too, are still going strong.

“Our products are low-maintenance, but it is still a massive credit to the operators at Montrose that they clearly take very good care of their equipment,” says Kerstein.

Nevertheless, it is finally time for an update.

“Since 1963, when my father helped introduce our treatment plant, the number of homes in Montrose has almost doubled from 250 to 430, so we’ve had to reinvest,” says Walsh. “We have had great service from Lakeside and are pleased to be the owners of the longest-serving oxidation ditches, but we can’t expect the equipment to last forever.”

The racetrack configuration provides a straight-line flow pattern for wastewater between the headworks and the final clarifiers.

The plant upgrades are currently underway and should be completed by this fall.

“Winning a joint federal and provincial grant through the Investing in Canada infrastructure plan and New Building Canada Fund to upgrade our water and wastewater treatment was great news for our village,” says Walsh. “It was also welcome news for our operators, because much of the treatment plant operation has been a hands-on job, including the manual cleaning of screens, which isn’t the most pleasant!”

This article originally appeared in the July/August 2021 issue of Canadian Consulting Engineer.