Dr. Tracy Monk, a Vancouver family physician and mother of two girls ages 12 and nine first tackled the issue of unsafe B.C. schools after reading about the 2002 quake that killed 23 students in Molis... 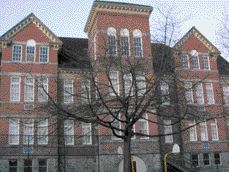 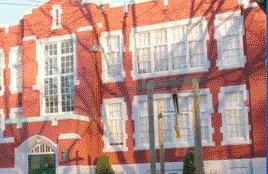 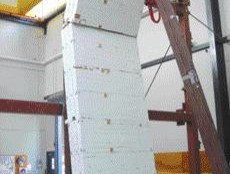 unreinforced masonry walls are tested on a shake table at the Earthquake Engineering Research Facility, University of B.C. 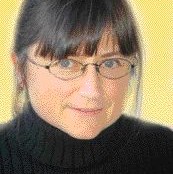 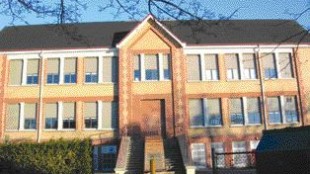 Dr. Tracy Monk, a Vancouver family physician and mother of two girls ages 12 and nine first tackled the issue of unsafe B.C. schools after reading about the 2002 quake that killed 23 students in Molise, Italy. Her initial research showed schools in earthquake zones everywhere suffer a disproportionate amount of damage. The reason was attributed to their construction of brittle materials like unreinforced masonry, as well as large open spaces, such as gymnasiums.

Civil engineer Dr. Carlos Ventura, a leading researcher in earthquake testing at the University of B.C., says engineers who designed schools in earlier times did not ignore the threat of earthquakes, but they were working with a less than perfect knowledge base. Today, that knowledge has deepened to include being able to identify where earthquakes are likely to occur and how to stabilize buildings to prevent loss of life.

Evidence of these advances is in Canada’s 2005 National Building Code, which has upgraded the seismic standards for public structures such as schools. But the code only relates to new construction, whereas B.C. has a legacy of existing schools spanning a century, with many of those buildings falling woefully short of today’s expectations.

Monk was determined to find out just how vulnerable the schools were that her children were attending. “I began to phone the (Vancouver) school board for information,” she tells. Eventually, she obtained a 1989 seismic evaluation report of B.C. schools authored by Graham Taylor, P.Eng. of TBG Seismic Consultants in Victoria.

“After reading an appendix in the back of Taylor’s report, Monk’s concern deepened. It indicated older schools were 100 times more at risk than the average wood frame house in a quake. Despite this risk being known for more than a decade, little had been done. After Taylor’s report was issued, the Vancouver School Board and the B.C. Ministry of Education had started a comprehensive program looking at schools deemed high risk. However, by 1993, owing to dwindling funds, the program for seismic upgrades had been rolled into school renovations.

Monk says: “To me, as a physician, it was like finding out the Walkerton lab test report showing E.Coli in the water supply was still sitting ignored on the fax machine. There was a failure to act.”

Monk began talking to engineers in Canada, the U.S. and “around the world.” Many acknowledged that schools were not safe, but they felt they lacked the political voice to effect changes.

Monk’s outspokenness garnered support and she became co-founder of the Families for School Seismic Safety (FSSS) in B.C.

Monk has been relentless, talking to politicians, associations, and media. A year later, the 2004 Indian Ocean tsunami devastation drove Monk’s message home. She even found herself before the United Nations in 2005 calling for safe schools worldwide. In June 2007, she will be a keynote speaker at the 9th Canadian Conference on Earthquake Engineering to be held in Ottawa.

Monk has also forged strong ties with the Coalition of Global School Safety, an organization aligned with U.S. based engineers. It has compiled an international slideshow on its web site showing the devastation that has occurred when quakes hit schools. “Every engineer should see the [Coalition’s] presentation,” says Monk.

In Canada and internationally Monk has questioned engineers regarding their lack of public advocacy. “It has been interesting talking to engineers,” she says, noting that they do not appear to have made the same leap into the public arena as physicians, who commonly appear as spokespersons on public health issues. She says she’s been told that the reason is engineers do not want to be seen as professionally self-serving. “They think the public will believe they are looking after their own self-interest,” she says.

The profession and the lobbyists together carry clout

Two B.C. engineers did take up the challenge in 2004 to become involved in Monk’s cause. Dr. Ventura at the University of B.C. and Andy Mill, P.Eng. of David Nairne & Associates, of North Vancouver. Mill heads the seismic risk task force at the Association of Professional Engineers and Geoscientists of B.C. (APEGBC). These two engineers, “spent many hours talking to me about the issue of school safety,” says Monk. The B.C. professional association added its support and knowledge to the community group’s lobbying force, giving it informed clout.

Mill says: “We, as an association, have spoken up to the government in the past on more than one occasion on seismic risk. But the truth is that preventative dollars are the hardest to obtain from governments. It has taken a political push by a community group that has strong credibility.”

Monk’s persistence succeeded in rekindling the government’s seismic retrofit program. In 2004, the ministry of education set aside $1.5 billion for upgrading B.C. schools over a 15-year period. While her Families for Seismic School Safety organization is credited as the force that started the retrofit program for schools, APEGBC was able to work closely with the government to bring about the solutions.

A checklist for assessing the dangers

The task was a large one as schools had a range of building materials, used different construction methods, were situated in different risk zones and on different soil types. Schools built prior to 1970 were generally considered higher risk. There was no simple quick fix. Information had to be gathered but in a uniform way.

The first step was a $2-million seismic assessment of around 800 schools in the province. The assessment was done with a new tool, a multi-page checklist that examines site, materials and construction methods. Known as UBC-100, the assessment tool was developed with a number of partners, including UBC’s civil engineering department and APEGBC. It helps school board engineers in 39 districts to collect information for determining structural risk.

The survey results found 700 schools requiring some level of upgrading.

Bridging Guidelines to fix the problem

The second phase was directed at finding ways to bring these structures up to standard. The provincial government is providing ongoing funding to APEGBC to coordinate the research on seismic upgrades with UBC’s engineering department and to deliver a training program to engineers.

This work has led to the development of the Bridging Guidelines for the Performance Based Seismic Retrofit of British Columbia School Buildings (“Bridging Guidelines”). Dr. Ventura’s department researched and formulated the technical solutions, then APEGBC’s seismic risk task force formed a peer review committee to study the solutions according to a practitioner’s perspective. Dr. Venturi’s group also had an independent peer review committee appraise their findings.

The first edition of the Bridging Guidelines, which are complementary to the 2005 National Building Code, says Dr. Ventura, were directed at providing immediate solutions for the high-risk school structures that had been identified.

A second, revised set of bridging guidelines was just issued in November. They are expected to be a useful guide for engineers throughout the world for retrofitting schools.

Meanwhile, a huge task looms in B.C. In Vancouver alone 101 of 109 schools require retrofits ranging from major to minor. Currently 16 have been given approval by the education ministry to carry out feasibility studies. Les King, director of facilities for the school boards, says that “some will simply cost too much to upgrade and we will have to build a replacement school.”

Jean Sorensen is a freelance writer in Vancouver.

Excerpts from a presentation by Dr. Tracy Monk of Families for School Seismic Safety given April 27, 2005

* Public Safety is the responsibility of government

* Is the expert community doing enough to advocate?

What the expert community can do

* Don’t be afraid to speak out. We do it in medicine; just [be] an expert community explaining risks and solutions

* Use the media; know your key messages; think sound bites

* B.C. has been perceived as proactive with respect to risk mitigation

* ‘Every, that is EVERY school should be inspected and where necessary reinforced. This is so basic to risk mitigation in a seismically active area, it seems foolish to have to write it down’ (Ben Wisner)