With over 20,000 at-grade railway crossings across Canada, making all railway tracks cross in a grade-separated manner is not economically viable. 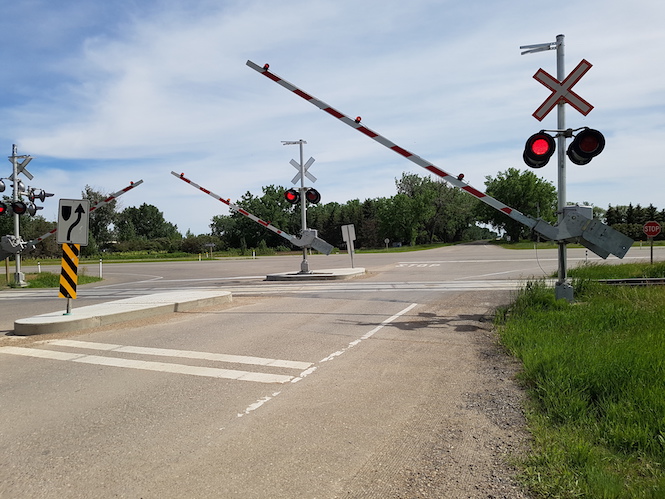 One of the most effective manners to reduce the risk of collisions on a transportation network is to eliminate potential conflicts between road users. Grade-separated railway crossings, where spatial separation between trains and road users (pedestrians, cyclists, and motorists) is provided, is a good example of such practice. However, while there are safety benefits associated with grade-separated crossings, their implementation may not be feasible or desirable in many instances for several reasons, such as the substantial environmental impact due to the sizeable footprint and the high construction cost.

The conversion of an existing leveled crossing to grade separation can range from $50- to $150-million in some urban areas. With over 20,000 at-grade railway crossings across Canada, making all railway tracks cross in a grade-separated manner is not economically viable.

Alternatives to grade-separation that are commonly implemented in Canada can be classified in two categories, including passive and active warning systems. Passive systems primarily consist of the use of static signs in advance of a rail corridor, and active systems consist of flashing lights (to which gates can be added).

Recognizing that each warning system provides different safety levels, an elaborate selection process with the main objective of mitigating risk has been developed and is now considered as industry-practice. 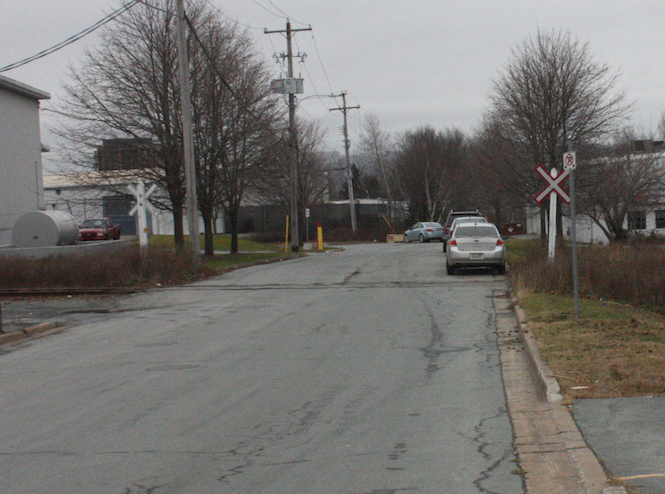 Passive warning system on a low-speed roadway in an industrial area. (TNS)

Passing warning systems comprise the lowest level of control systems used at railway crossings, and mainly due to their minimal construction and maintenance costs they are the most common types of warning systems on our road network.

Given the absence of warnings activated by approaching trains, the most impactful safety factor at these railway crossings is unobstructed sightlines on the approach to the crossing. Motorists must be provided with the opportunity to perceive potential conflicts with trains and react by reducing their speed or adjusting their trajectory when needed. 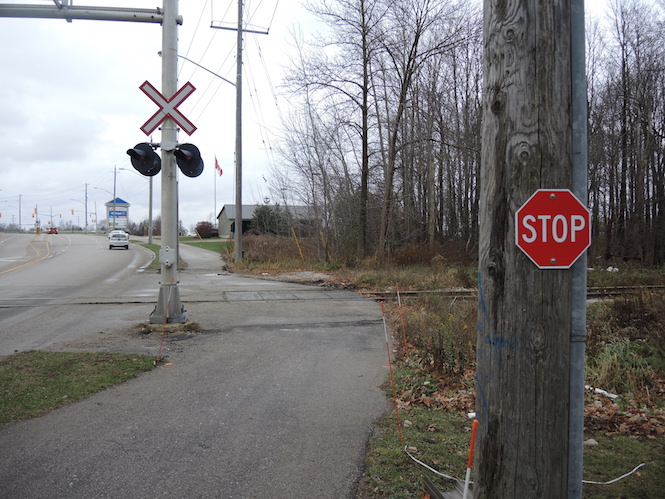 Example of an active warning system without gates that could benefit from better delineation, sightlines, and the installation of stop bars for active road users. (TNS)

A higher level of warning system, and the second most common one in Canada, consists of flashing lights. Flashing lights are red signals that start flashing when a train approaches a crossing. Research has shown that in comparison to passive crossings, the installation of flashing lights is expected to reduce collision risk by 50%.

In addition to the visual warnings provided by the lights, bells are also typically provided as an audible warning. Audible warnings are a key feature used at crossings to draw road users’ attention to oncoming trains, especially cyclists and pedestrians, who are more likely to change their decision-making process by auditory information (i.e., from ringing bells) than from visual cues.

Finally, gates can be added to active warning systems with flashing lights to restrict access to the railway track. Substantial safety benefits can be expected by the installation of gates. Compared to just flashing lights, a crossing with gates is expected to reduce collision risk by 37%. Such a warning system is installed under high train and vehicular volumes and speeds. Specifically, they are warranted at locations where the product between the average number of trains and vehicles exceeds 50,000, or where train maximum operating speed exceeds 80 km/h.

While the type of warning system is the most critical safety feature provided at railway crossings, there are several other relatively low-cost and low-maintenance safety measures that road authorities can implement to substantially reduce collision risk. Some of these safety measures are as follows:

Visibility of the safety features—monitoring programs that require periodic inspections of the traffic control devices installed at railway crossings are effective at identifying when vegetation requires trimming for unobstructed visibility of those devices.

Pavement markings—installation stop bars that clearly indicate where road users are expected to stop for an unobstructed visibility of trains, and white edge lines that clearly delineate the desirable path of travel for pedestrians and cyclists through the crossing should be installed.

Adequate travel speed—recommended speeds that match the nature of the roadway and its surface condition should be suggested. At crossings, it is relatively common for a substantial vertical deflection to be present at the track, due to grade variation at the track and/or poor conditions of the track. As a result, advisory speeds that recommend the safe speed to travel across a track should be installed when motorists are required to slow down on the approach to a crossing.

The alternatives to high-cost grade-separated crossings are warning systems and safety measures that have been in place for a long time, and have stayed relatively the same over the years. Currently, new Intelligent Transport System (ITS) technologies to inform road users of approaching trains via dynamic display signs, in-vehicle communication systems, and/or smartphones are being developed. While these technologies are promising, their usage is expected to remain complementary to existing warning systems. Therefore, significant efforts from rail and road authorities should focus on implementing the various low-cost safety measures (i.e., clear sightlines, pavement markings, and advisory speeds), which, although the safety benefits are difficult to measure, would significantly improve the operation and safety of our existing crossings. 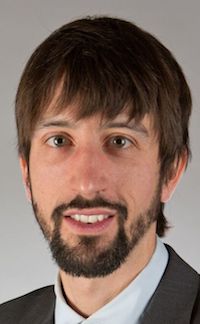