New University of Toronto building spurred on by $100M donation

The university plans to begin construction on the first phase of the Schwartz Reisman Innovation Centre in the fall of 2019. 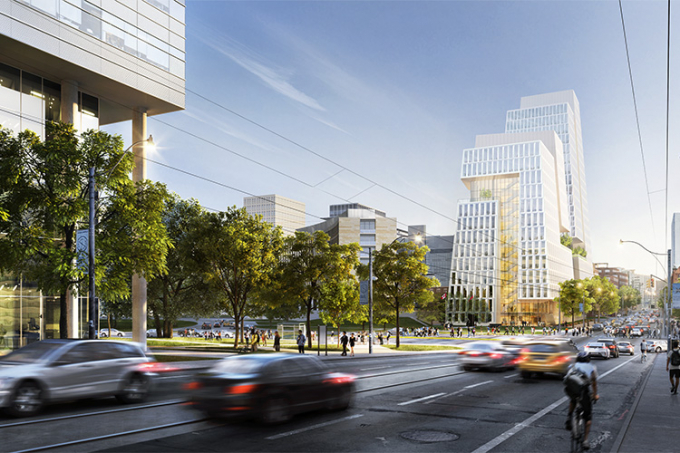 Rendering of the Schwartz Reisman Innovation Centre (by WEISS/MANFREDI; source U of T News)

The largest donation in the University of Toronto’s history has coincided with an update on the institution’s a new 750,000 sq. ft. innovation centre that will begin construction later this fall.

Gerald Schwartz and Heather Reisman generously donated $100-million to the School, which will help lead to the newly-named Schwartz Reisman Innovation Centre, a facility that will drive research, innovation and entrepreneurship in the areas of artificial intelligence (AI) and advanced sciences.

The project, designed by New York-based architects WEISS/MANFREDI, will be located on the northeast corner of College and Queen’s Park in Toronto. It was previously referred to as the Partners in Innovation and Entrepreneurialship Complex (PIE), and from early renderings, the Centre’s layout will feature a tapered tower, with vertical gardens and a towering open atria.