When it opens in 2024, the BMO Centre will be the largest convention facility in western Canada. 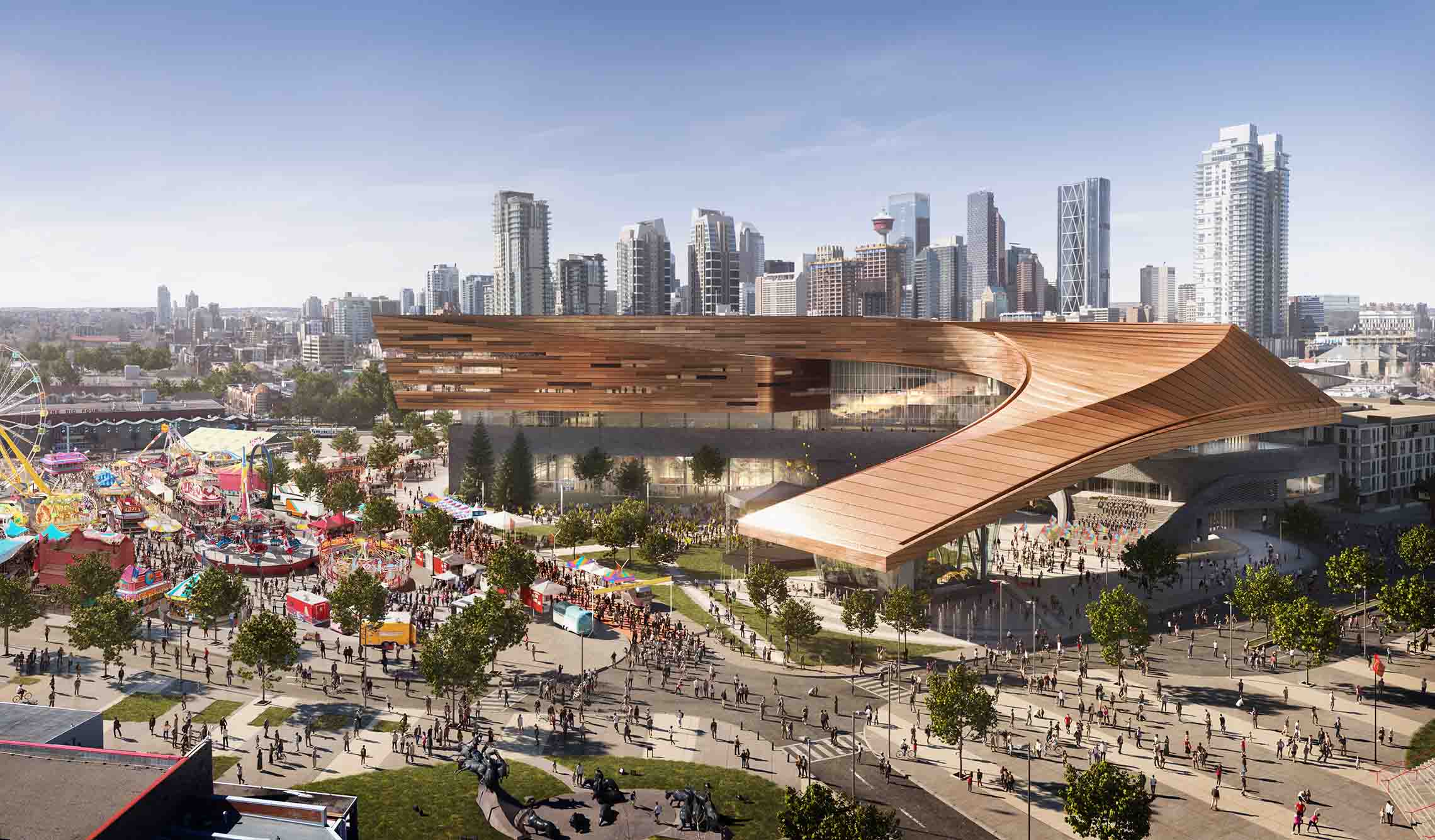 Designed by Stantec/Populous/S2 Architecture, the building’s design will dramatically transform the Calgary skyline. Beyond being significantly larger than the existing BMO Centre offering double the rentable space, the new facility will reflect, inside and out, some of today’s best practices in convention facility design.

The project is funded through equal contributions from three orders of government and provides opportunity for economic diversification and job creation in Calgary and the surrounding region.

The $500-million project will double the floor space to one million square feet, making it the largest facility in Western Canada and a tier-one convention centre.

The Stampede Corral was razed over the winter to make way for the expansion, joining other construction activity at Stampede Park that includes the extension of 17 Avenue S.E., improvements to the Victoria Park/Stampede LRT station, and a new event centre.

“The BMO Centre expansion will provide state of the art facilities for community engagement and economic benefit through job creation and tourism,” says Steve McDonough, President & Chairman of the Calgary Stampede. “The expansion will anchor Calgary on the international map as a leading convention host, attracting larger conventions and meetings to our province.”

“Today is a very special day for the Stantec, Populous, S2 teams, as we celebrate an important milestone in the BMO Centre Expansion,” said lead architect Léo Lejeune, senior principal, Stantec. “The project’s design reflects the traditional history of the area, and the surrounding landscape – creating a stunning gathering place where people can connect and experience the best Calgary has to offer in the Culture + Entertainment District. Our team’s careful attention to the design of the architecture, the interiors and the landscaped public realm – we are confident this project is an example of world-class place-making at its finest.”

Other firms involved in the project include structural engineers RJC Engineers and Magnussen Klemencic, mechanical engineering firm ME, and civil engineers Urban Systems.

Following the groundbreaking, visitors to Stampede Park can expect to see a significant increase in construction activity on site, Calgary city officials said.

The work coincides with other major projects underway in the district, including the 17th Avenue SE extension, Victoria Park/Stampede LRT station improvements, a revamped Stampede Trail retail corridor and the new Event Centre, all integral components of the master plan vision for the area.

When it opens in 2024, the BMO Centre will be the largest convention facility in western Canada.