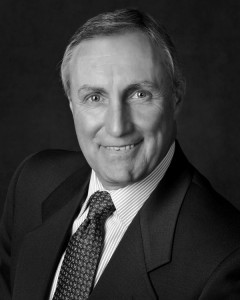 Dale Craig, P.Eng., winner of the 2015 Beaubien Award from ACEC/AFIC-Canada.

Dale began his 43-year career with J.L. Richards & Associates in Ottawa in 1971. He became Chief Structural Engineer in 1978 and in 1990 was elected President, CEO, and Chairman of the Board. Prior to his retirement in 2014, he focused on mentoring staff, developing and nurturing client relationships, and helping to manage major projects.

He has represented the engineering profession in many capacities and, over the years, has generously given back to the community. He held key roles on numerous committees and boards, contributing to the sound business and fiscal management of organizations such as Carleton University, Algonquin College, the Ottawa Convention Centre and Hydro Ottawa. Dale developed a reputation for fostering teamwork, building consensus and getting complex projects built on time and within budget.

Dale has championed the interests of the consulting engineering industry through his participation in ACEC and other professional associations. He became involved in ACEC activities early in his career and served on a number of committees of Consulting Engineers of Ontario (CEO). Dale was elected to the CEO Board in 1994, was later Chairman, and in 2000 spearheaded the formation of CEO’s Ottawa Chapter, serving as its inaugural Chair.

Dale joined ACEC’s Board of Directors in 1991 and participated on a number of committees, all the while working tirelessly to improve the image of the consulting engineering industry, promote the use of Qualifications Based Selection (QBS) and campaign for fairer procurement methods. He co-founded the Federal/Industry Real Property Advisory Council (FIRPAC), represented ACEC on the National Steering Committee for Innovation in Construction and had many meetings with federal Members of Parliament through ACEC’s Parliament Hill Day advocacy program.