She has introduced programs to promote engineering to young women. 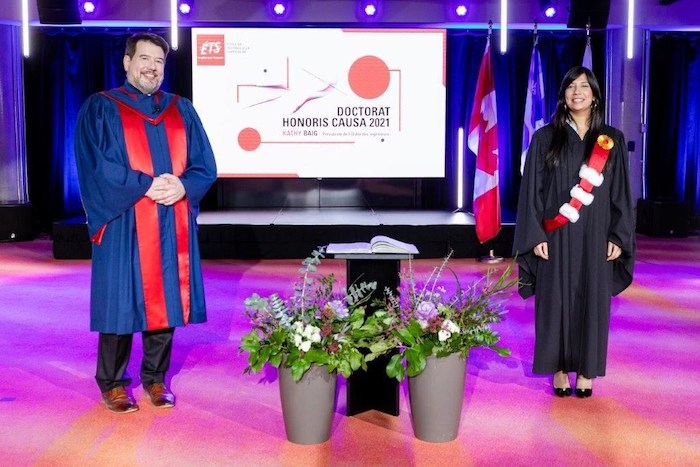 Traditionally presented during a convocation ceremony, which could not be held due to current health measures, the honour was instead awarded during a virtual ceremony. Part of l’Université du Québec, ÉTS specializes in training and research in engineering, with 11,000 students and 27,000 graduates. In fact, one-quarter of new engineers in Quebec are ÉTS graduates.

Baig graduated from Polytechnique Montréal with a degree in chemical engineering, then earned an MBA from HEC Montréal. She holds the title of administratrice de sociétés certifiée (ASC) and has worked as both engineer and project manager.

When the Charbonneau Commission examined corruption in public construction contract management, Baig decided to get more involved in OIQ. She was elected president in 2016 and implemented a recovery plan to rebuild public confidence in the organization and in engineering as a profession.

“ÉTS is proud to welcome Kathy Baig among its honorary doctors,” says the school’s director general, François Gagnon. “We share a resolutely forward-looking vision of the profession that is committed to best practices in engineering.”

Baig has also made Engineers Canada’s goal to increase the presence of women in engineering to 30% by 2030 an OIQ priority. Under her leadership, OIQ has introduced programs to promote engineering among women at the secondary-school and college levels, along with a mentorship pilot project for female engineering students.