A city known for years as Ontario's steel town has completed a set of projects to clean up its harbour. 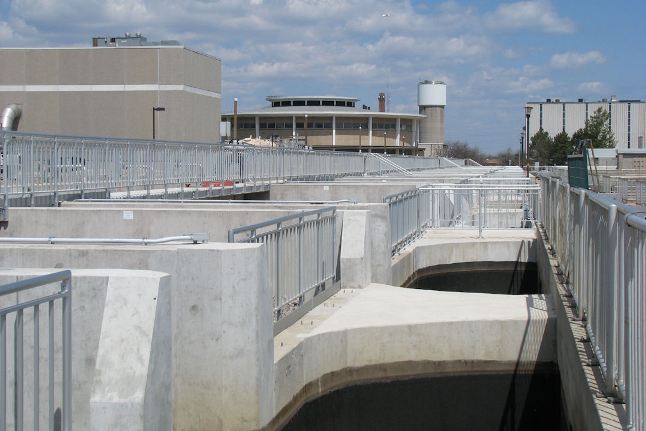 A city known for years as Ontario’s steel town has completed a set of projects to clean up its harbour.

With a population of 520,000, Hamilton is Canada’s ninth largest city and is located at the western end of Lake Ontario at the centre of the Golden Horseshoe. On June 26 officials from the federal, provincial and city governments were at a ceremony to mark the completion of an $80-million set of projects that improve the quality of wastewater released into the city’s harbour and to renaturalize an industrialized area at the harbour’s east end.

The largest of the three project components cost $57-million and provided new combined sewer overflow systems that will help during heavy storms to increase the amount of sewage in the system that will be treated at the city’s Woodward Avenue Wastewater Treatment Plant before being released. Upgrades were made at four sites upstream in the collection system, ranging from installing new monitoring equipment to adding an underground gate to better manage the flow of wastewater. The Woodward plant itself was upgraded with a primary clarifier and sedimentation process to remove oil, grease and solids from the wastewater. AECOM were consulting engineers for the treatment plant upgrade and Stantec were engineers for the collection system control upgrades.

A second $2.4-million component involved upgrades to the Dundas Wastewater Plant. Among the improvements was the addition of a de-chlorination system to ensure chlorine used to disinfect the wastewater is not carried into the ecosystem. This part of the project was designed by Hatch Mott MacDonald consulting engineers.

At the east end of the harbour at the mouth of the Red Hill Creek, the Windermere Basin project has been transformed from a degraded industrial area into 13 hectares of wetland and aquatic habitat. The improvements included constructing hydraulic controls, a fish way, islands, containment dikes and landscaping. Cole Engineering were the engineers of this component, which cost $20.6 million. To see a short video about this project, click here.