The firm is participating in the UN Convention. 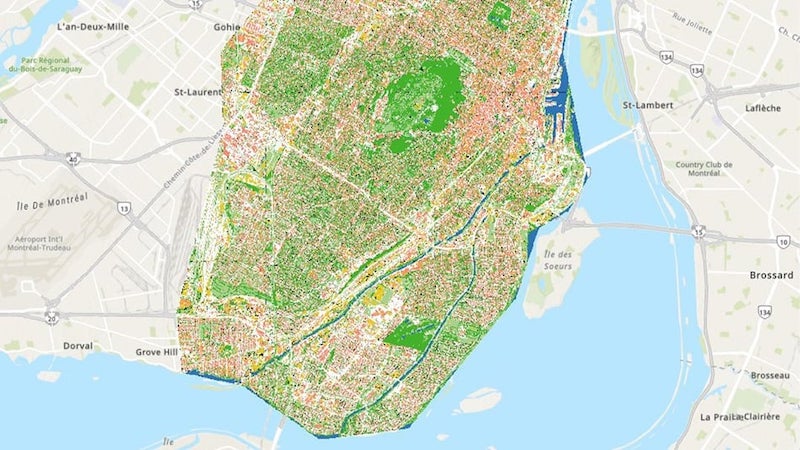 At the United Nations (UN) Biodiversity Conference, COP15, currently underway in Montreal, consulting engineering firm Arup highlighted how the event’s host city is among the world’s most ‘sponge-like,’ able to absorb rainfall and mitigate flooding that has become more common with climate change.

As the firm’s newest and most northerly ‘Sponge City Snapshot’ points out, Montreal’s natural features—including tree-rich Mount Royal Park—can serve as examples for building resilience and addressing future risks in a cold climate, particularly an increase in wintertime rainy days due to global warming. The city ranks behind the likes of Mumbai, India, New York, N.Y., and Singapore for its ability to absorb rainfall.

The report is based on Arup’s use of its proprietary Terrain digital tool to map the ‘sponginess’ of world cities, from London, England, and Cairo, Egypt, to Shanghai, China, and Sydney, Australia, based on satellite images of parks, trees and other natural structures in their central cores. In cold cities like Montreal, global warming means rain is falling more regularly on densely compacted frozen ground, which impedes absorption, risking floods.

“Nature-based solutions to better absorb water act like a sponge even when temperatures drop below freezing,” says Ormsby. “Healthy soil and root ecosystems create a layer of heat, trapped between the soil and snow, becoming a more effective sponge.”

“Thanks to digital research, we know green infrastructure is more effective than concrete-based ‘grey’ environments in managing rainwater and mitigating flooding,” says Danièle Gauvin, senior communications specialist for Arup in Canada. “Cities around the world should rely on a mix of grey, blue and green infrastructure to better address climate change.”

Research from the World Economic Forum shows blue-green infrastructure is not only effective at managing water, but also 50% more cost-effective, on average, than man-made alternatives, delivering 28% more added value.