The project would offer a new corridor to reach world markets. 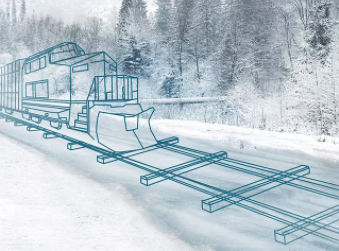 Qc Rail has awarded a two-year contract to a consortium between SNC-Lavalin and Norda Stelo to undertake prefeasibility and feasibility studies and assess the technical and economic viability of developing a 370-km railway in Northern Quebec.

The project would extend the existing North American rail network by connecting the town of Dolbeau-Mistassini to the deep-sea port of Baie-Comeau, offering a new transport corridor for bulk and general cargo to world markets.

If the feasibility studies’ findings are positive, the railway will be the first route to bypass the heavily trafficked transportation corridor from Windsor, Ont., through Toronto, Ottawa, Montreal and Quebec City. It would represent the second most significant transportation route for goods by rail across Canada, linking railways from Manitoba to Eastern Quebec, while also boosting Northern Quebec’s wider economy development. It could reduce travel times between markets and help relieve congestion on the busiest sections in Southern Quebec.

The route would cross large rivers, controlled zones of exploitation (ZECs) and territories subject to claims by Indigenous communities. SNC-Lavalin will provide topographical, geotechnical, hydraulic, environmental and civil studies, a proposal for an optimal route, plans for railway roads and cost estimates.

“We have a long history and extensive expertise in the analysis and assessment of infrastructure projects around the world, particularly in the rail industry,” says Ian L. Edwards, president and CEO of SNC-Lavalin.

“Norda Stelo is pleased to contribute to the project by offering know-how with regard to rail networks, bridges and engineering structures, as well as environmental studies,” says Olivier Turcotte, vice-president (VP) of infrastructure for Norda Stelo.

Supported by $14.95 million in provincial and federal government funding, the studies—managed by Systra Canada—are scheduled for completion by mid-2023. If the findings are positive, construction will begin shortly thereafter.