A large 620-metre long tunnel under a new runway at Calgary International Airport officially opened to traffic at 5 a.m. on May 25. 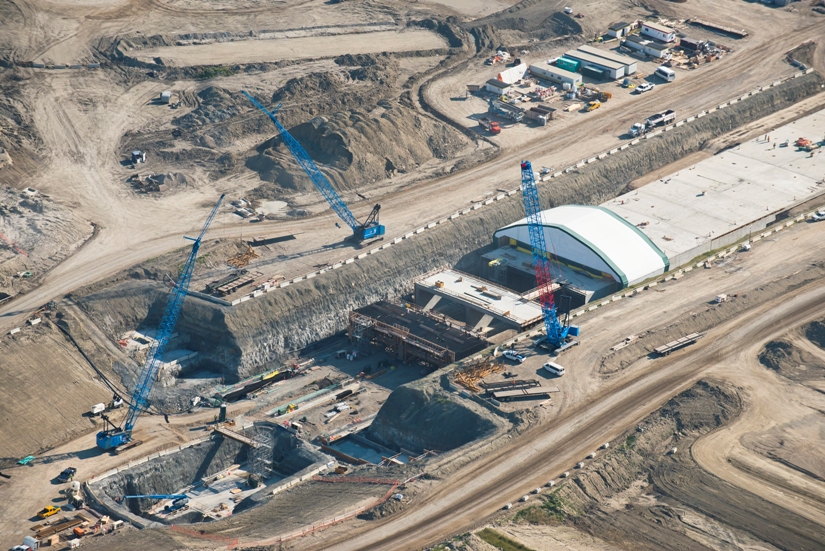 A large 620-metre long tunnel under a new runway at Calgary International Airport officially opened to traffic at 5 a.m. on May 25.

CH2M HILL was the lead consultant and did the design, contract administration and inspection services for the six-lane divided roadway. Josh Bolderheij, CH2M HILL’s project manager, said the project was “a once-in-a-lifetime opportunity.” Calgary Mayor, Naheed Nenshi, noted that the tunnel project “is truly an important occasion for Calgarians to celebrate.”

The tunnel is 36 metres wide with a clearance of 5.3 metres. It incorporates 12,000 tonnes of reinforcing steel — equivalent to the weight of approximately 30 747 airplanes. More than 600,000 cubic metres of earth and rock were excavated and 58,000 cubic metres of concrete were poured for the construction.