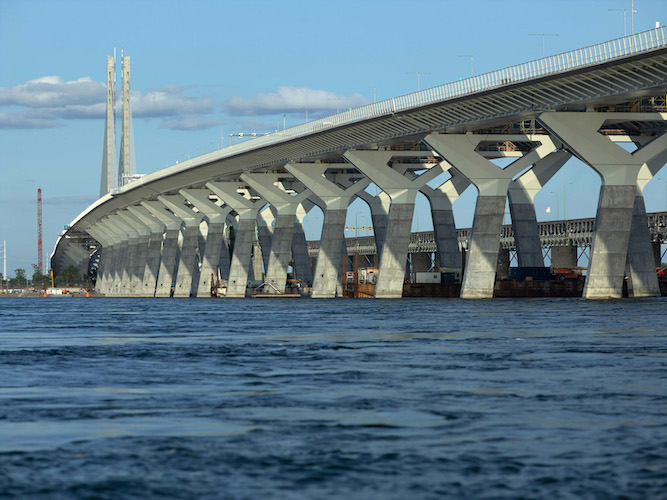 The project was carried out through a public-private partnership (P3) agreement between the federal government and the Signature on the Saint Lawrence Group, a consortium that included joint venture (JV) partners SNC-Lavalin, T.Y. Lin International and Systra IBT, along with ACS Infrastructure Canada, Hochtief PPP Solutions North America, Dragados Canada, Flatiron Construction Canada, MMM Group (part of WSP) and EBC. This group provided design, construction, financing, operations and maintenance (O&M) and rehabilitation for the project.

Meanwhile, to help meet environmental goals, precast concrete footings were used to reduce impact on the river. Overall, the project required 154,000 tonnes of concrete and, according to PCI, was delivered 50% faster than would have been possible with cast-in-place concrete.