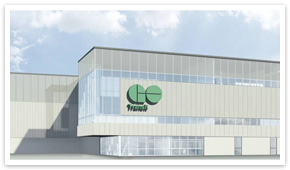 An $859-million maintenance facility for GO Transit in southern Ontario is under construction. The East Rail Maintenance Facility is being completed by Plenary Infrastructure ERMF, a P3 consortium that includes Kiewit, Bird Design-Build, Stantec Consulting and Arup. Located in Whitby, east of Toronto, the 500,000 sq.ft. building will have space for 13 trains and an option to expand to accommodate 22 trains in the future. It has fueling and washing facilities, provisions for future electrification, and is being designed for LEED Gold certification. Hired by Infrastracture Ontario, Plenary Infrastructure ERMF is the designer, builder and financer, and will maintain the facility for 30 years.

Three P3 teams have been selected to proceed to the request for proposal stage in a project to replace the Groves Memorial Community Hospital near Fergus, in Wellington County, southwest Ontario. The GMCH Partnereship team includes Diamond and Schmitt Architects, consulting engineers HH Angus and exp Services, and Bondfield Construction. The Ellis Don Infrastructure Healthcare team includes Tillman Rugh Robinson as architects, and The Mitchell Partnership, WalterFedy, Hastings and Aziz as engineering consultants. The third team, PCL Constructors Canada, includes Parkin Architects and consulting engineers Smith and Andersen and Stephenson Engineering. The new hospital will be larger that the one it replaces, with 80% private rooms, additional isolation facilities and sustainable building features.

The Roxul headquarters building in Milton, Ontario was awarded LEED gold certification in the new construction category. The 86,000-sq.ft. building is modelled to use 100 kWh per day. SRM were architects; MMM/WSP was the mechanical electrical engineer, and Roxul’s team will monitor the building’s ongoing performance, in particular its roof, wall and below-grade insulation.

Stantec, as a member of the DST joint venture, is helping the Montreal Transit Corporation (STM) with the fit up of infrastructure required to integrate new AZUR cars on its metro subway system. Stantec will provide engineering and project management services to integrate the new cars into the metro system, which dates back to 1966. The consultants also helped develop the technical specifications and monitored the design for the manufacturing of the new cars. The modernization project represented an investment of $1.2 billion.

Amec Foster Wheeler has won a contract in the U.K. to provide technical support for a “Circular Economy Route Map for London.” Working on behalf of the London Waste & Recycling Board, the consultants will be studying the potential for re-use in five areas: the built environment, food, textiles, electricals and plastics. The London Route Map is one of the first to be launched by a city in the world. Amec Foster Wheeler estimates that it could bring benefits of at least 7 billion pounds annually to the city by 2036.