Montreal’s bridges and roads still in bad state of repair

In a report last week the city of Montreal said it plans to spend $108 million on repairing roads and bridges over the next three years. 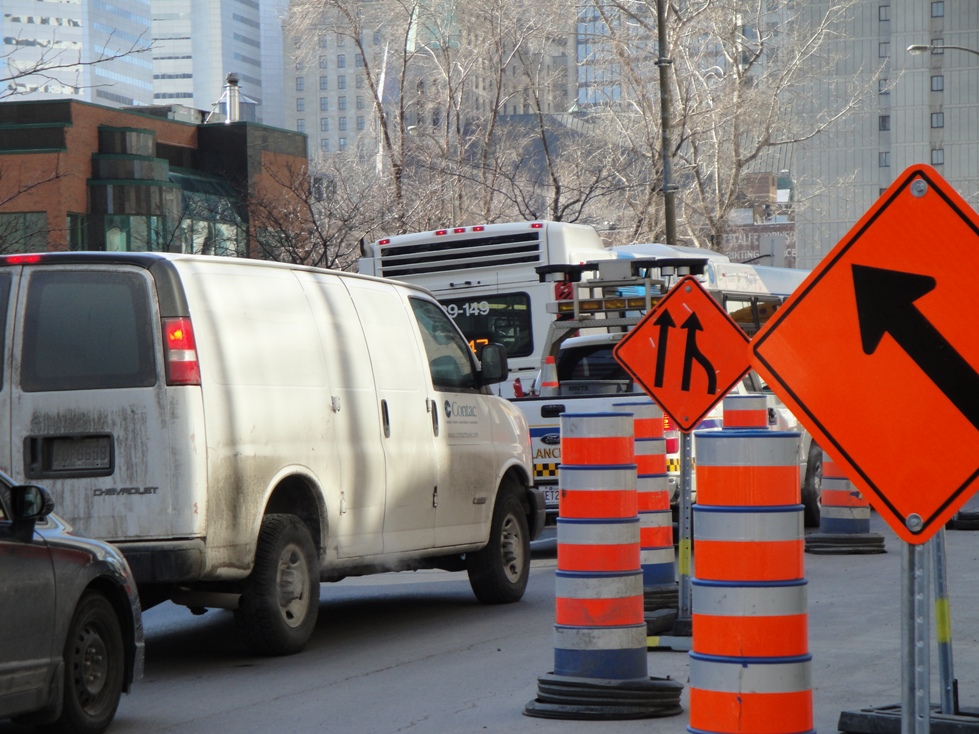 Road repairs are an all-too common site in Montreal.

In a report last week the city of Montreal said it plans to spend $108 million on repairing roads and bridges over the next three years.

The status report, issued August 22 showed that 27 bridges are in “critical” condition, more than double the number found in 2010. However, according to an article in the Montreal Gazette, Richard Deschamps, the city’s vice-president in charge of infrastructure, believes the higher count is due to more intensive inspections rather than more problems.

In an article posted in the Gazette, Deschamps attempted to reassure the public, saying: “We do not compromise with the safety of Montrealers in any way when we talk about tunnels, bridges and roads.”

Critics of the government, however, such as Richard Bergeron of Projet Montréal, questioned why the city allows the road network to deteriorate.

The city is seeking $550 million from the provincial and federal governments to help pay for infrastructure improvements over the next 10 years.

About 60 per cent of Montreal’s infrastructure dates from before 1970, and several structures have had to be closed — possibly permanently. These include the Wellington Tunnel under the Lachine Canal and a tunnel on Notre Dame Avenue east leading to the Port of Montreal.

To see the story in the Montreal Gazette, click here.