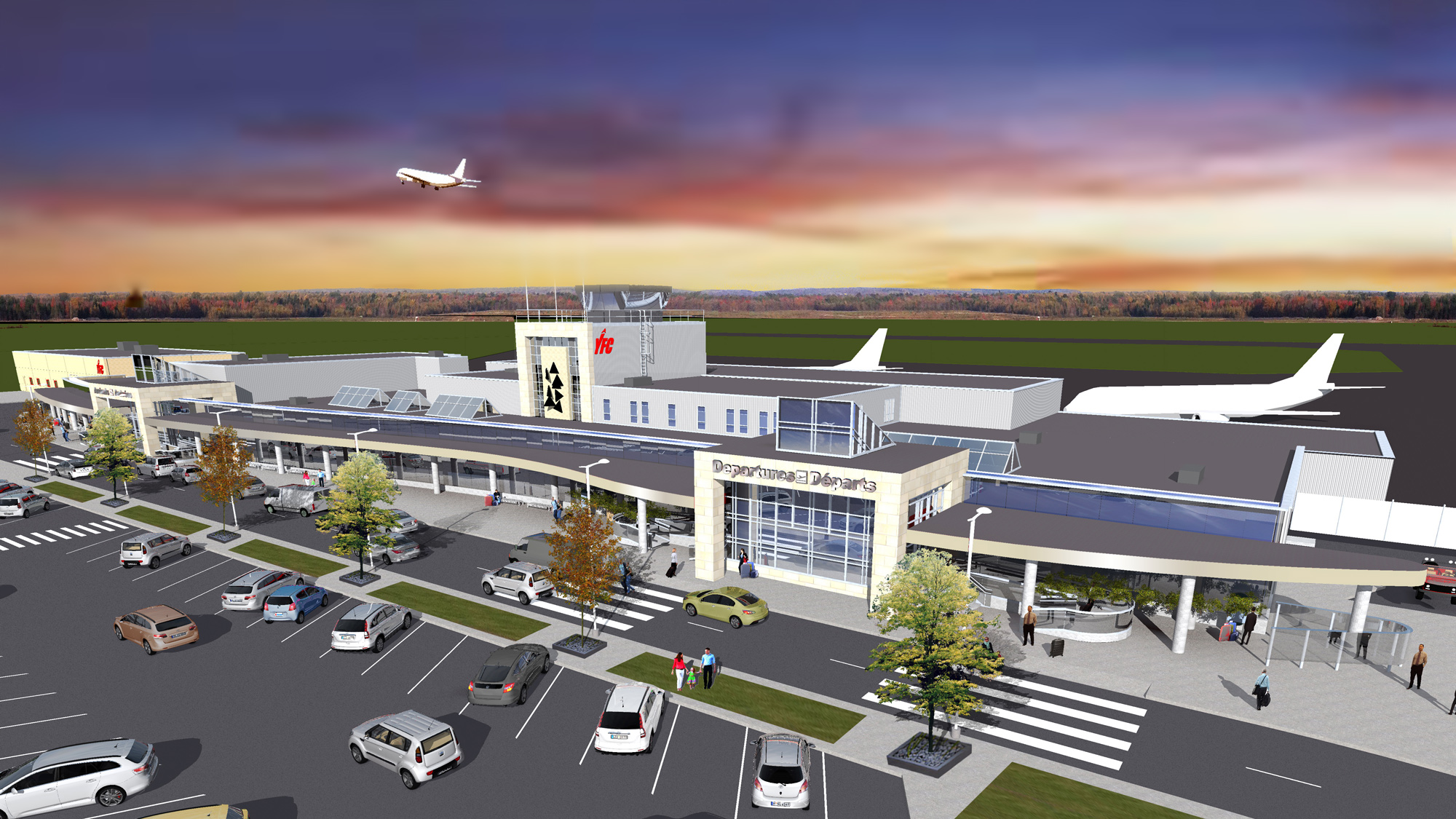 Together the provincial and federal governments are investing a combined $18 million towards a $30 million expansion at the Fredericton International Airport (YFC).

“As an export-driven economy, it is important we invest in our logistical infrastructure so New Brunswick businesses can get their products and services to markets around the world,” said Premier Brian Gallant in a media release.

The expansion will increase the size of the terminal by 50%. The project consists of installing additional ticket counters, modernizing security screening, creating larger arrival and waiting areas, higher building envelope insulation, LED lighting and updating the terminal’s mechanical systems—which will include geothermal heating and cooling.

Design work has been completed, and the project is tender-ready. Construction is expected to begin in summer 2018 and last for 30 months.

The provincial government will contribute $9 million to be matched by the federal government as part of the Provincial-Territorial Infrastructure Component of the New Building Canada Fund for national and regional projects.

The Fredericton International Airport Authority is contributing the remainder of the project’s costs which is estimated to be $12 million.

According to the Airport Authority, the current terminal exceeded the capacity it was designed to accommodate more than 10 years ago. The airport has shown consistent growth over the past eight years, with passenger traffic increasing more than 33% in the past five years alone.