Edmonton's Art-Deco style Federal Building and public plaza is being dramatically redesigned in a $275-million project. The 10-storey building, called one of the city's most significant architectural landmarks, sits on the northeast corner of... 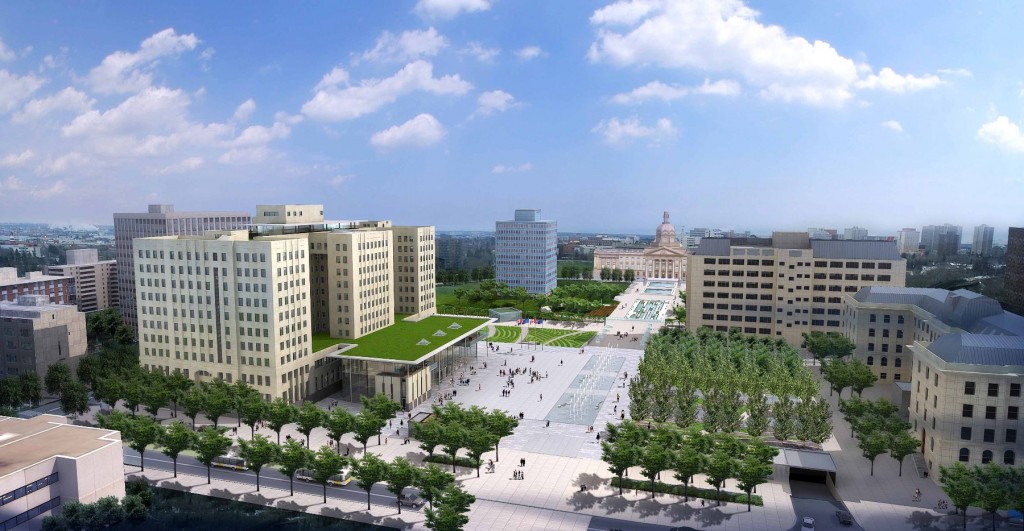 Redesign for the Federal Building and plaza near the Alberta Legislature Grounds in Edmonton. Illustration courtesy Kasian.

Edmonton’s Art-Deco style Federal Building and public plaza is being dramatically redesigned in a $275-million project. The 10-storey building, called one of the city’s most significant architectural landmarks, sits on the northeast corner of the Alberta Legislature Grounds. It was designed by prominent architect George Heath MacDonald in 1939, but not built until the late 1950s. It has sat vacant since 1989.

Kasian is the prime consultant of the project to repurpose it as a mixed-use complex providing offices for MLAs, Legislative Assembly staff and several Government of Alberta departments.

A new two-storey pavilion will create a  new west entry is being added that will provide a gathering space, cafe and visitor centre. A large underground parkade will replace the existing surface parking lots, making way for a new public plaza to reconnect the building to the legislature grounds. Moriyama and Teshima is providing the urban design services, and Clark Builders are the construction managers.

The project plans received an award of excellence in civic design at the 2011 Edmonton Urban Design Award competition.