The Government of Alberta is providing an additional $176-million grant to the City of Edmonton for construction of the southeast leg of the Valley Line LRT. 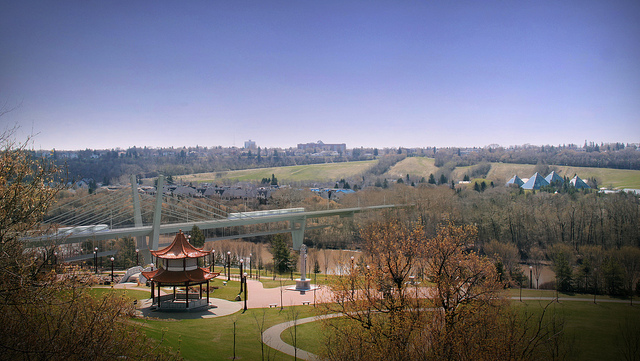 The Province of Alberta’s contribution to the City of Edmonton’s transit infrastructure has been sweetened as money originally provided to Edmonton in 2014 as an interest-free loan is being turned into a grant. The $176 million will go towards the completion of the southeast leg of the Valley Line LRT.

The leg will run 13 km between downtown and Mill Woods and will support transit-oriented development along the entire right-of-way, including in the Quarters, Holyrood and Mill Woods neighbourhoods.

“The Southeast Valley Line LRT is a priority for our government, as it will help to connect Edmonton residents and visitors to essential services, education and jobs. Funding for this project will help to make life better for Albertans by supporting an affordable, accessible and environmentally sustainable transportation option in Alberta’s capital city,” said Brian Mason, Minister of Transportation and Minister of Infrastructure in a media release.

This decision brings the province’s total contribution for the Southeast Valley Line LRT to $600 million, or one-third of the $1.8-billion project cost.

The Southeast Valley Line LRT project is expected to serve up to 32,800 people per day in 2020.