The 30 km route to the mine site was a geotechnical challenge requiring the movement of 9.7 million cubic metres of earth, the construction of a 137 m bridge and 70 m tunnel. 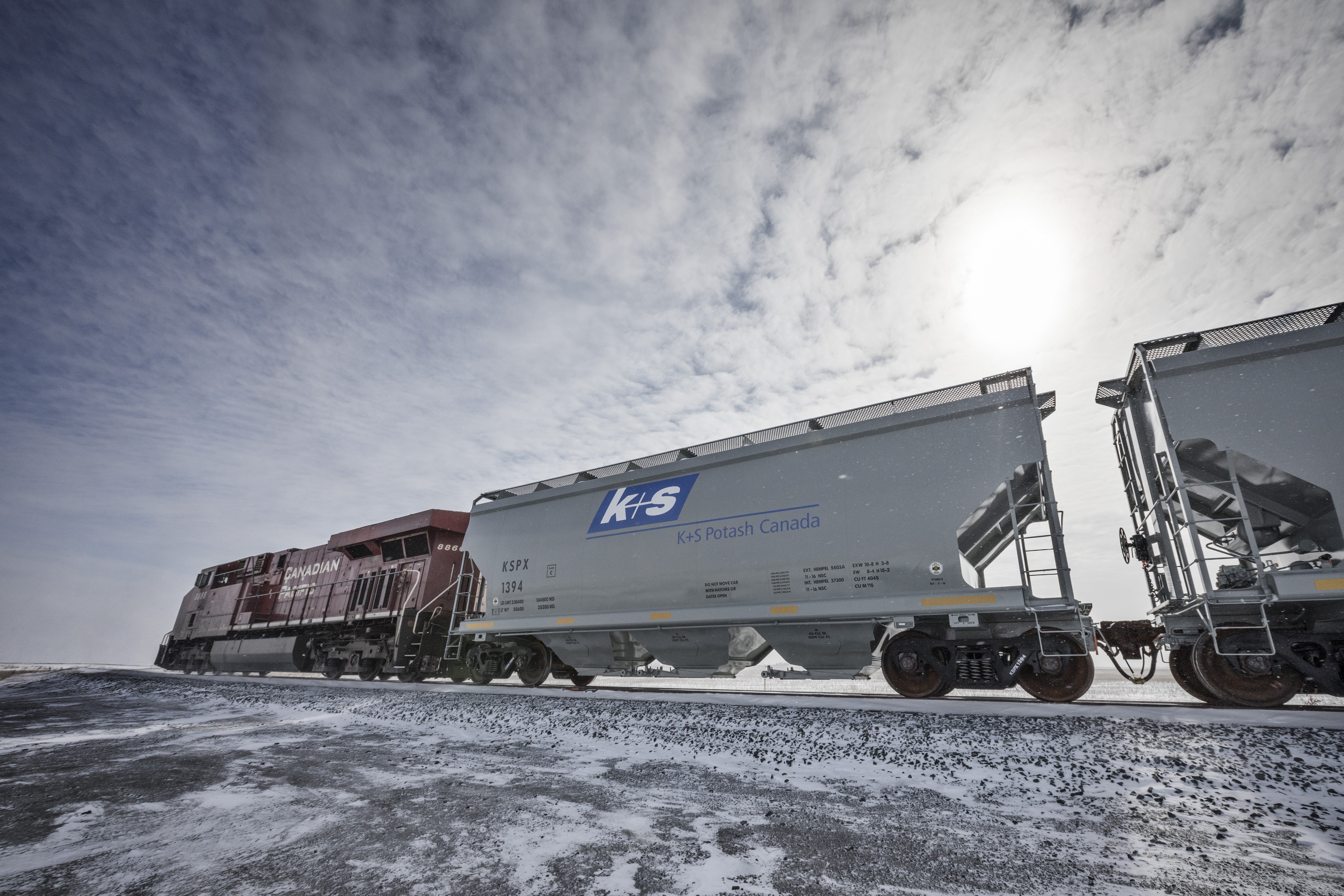 ​Canadian Pacific and K+S Potash Canada have celebrated the grand opening of the Legacy Project mine site, the first of its kind built in Saskatchewan in more than 40 years.

For CP, the rail infrastructure built to serve the mine is the most significant engineering project undertaken by rail line since the mid-1980s.

“We are incredibly proud to have collaborated with K+S Potash Canada on this project and look forward to delivering their product to international markets for years to come,” said CP president and CEO Keith Creel, in a company news release. “Building 30 kilometers of new rail through a rural area, including a river valley, is no easy feat and I want to congratulate all those who invested their time and energy in bringing this project to a successful conclusion.”

The 30 kilometer route to the mine site was a geotechnical challenge as grading through the valley required the movement of 9.7 million cubic metres of earth. Adding to the scope of the project was the construction of a 137 metre bridge and 70 metre tunnel.

“KSPC needed to ensure that transportation of product from our mine to our port facility would be both secure and competitive,” said Dr. Ulrich Lamp, President and CEO, KSPC. “When we signed the contract with Canadian Pacific in 2013, we knew we had found the perfect partner and strategic fit for those needs. We are so pleased to see the finished rail infrastructure.”

CP will primarily use unit trains – trains that consist of only one type of cargo – to ship the potash products to KSPC’s handling and storage facility in Port Moody, B.C. then on to overseas market. These unit trains will be approximately a mile and a half long, consisting of 177 rail cars.

The mine will have marketable product by the end of Q2 2017 and will reach a production capacity of two million tonnes of potash by the end of 2017.

Related Stories
Project News: a university residence, a potash plant and a bridge
AMEC wins contract for Arctic iron ore mine
Ontario will hold competition for high-speed rail line
Molybdenum mine in northern B.C. is a go-ahead