The federal government and the province of Saskatchewan pledged up to $200 million last week towards building a new bypass around Regina in Saskatchewan.

May 15, 2014
by Canadian Consulting Engineer 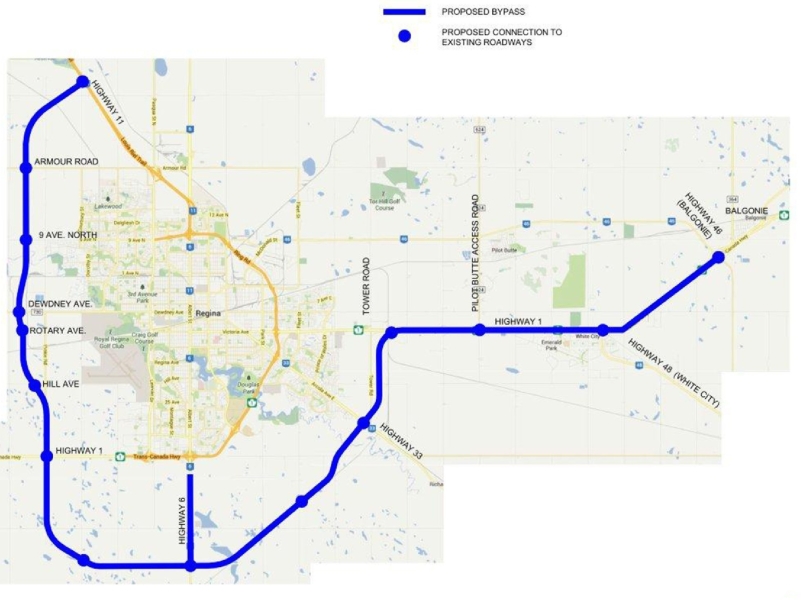 The federal government and the province of Saskatchewan pledged up to $200 million last week towards building a new bypass around Regina in Saskatchewan.

A request for qualifications from public-private partners to design, build, finance, operate and maintain the road over a 30-year period is due out this month. The highway will be the largest construction project in Saskatchewan’s history.

The twinned bypass will incorporate some existing roads, and will ultimately be approximately 40 kilometres in total, with new service roads and interchanges. It will begin on Highway 11 northwest of Regina and run south to Highway 1, then wrap about 5 kilometres south of the city to rejoin Highway 1 on the east. The project includes overpasses at the Pilot Butte Access Road, Highway 48 at White City and Highway 46 at Balgonie.

Regina has an existing ring road, but the city has built up around it and access from the east is congested from time to time.

The province expects that the new bypass project could be completed in four years once the procurement process is completed.