Through the new Community Benefits Agreement framework a diverse and qualified workforce will be supplied for select major public infrastructure projects through a newly created Crown corporation, BC Infrastructure Benefits Inc. 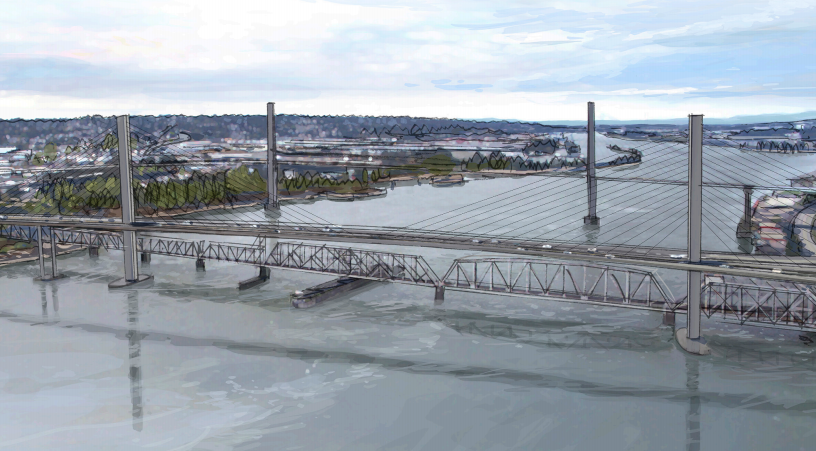 The Government of British Columbia has released a request for qualifications (RFQ) for the Pattullo Bridge Replacement Project to identify a contractor to design, build and finance the project.

Opened in 1937, the Pattullo Bridge is one of the oldest bridges in Metro Vancouver connecting the communities of New Westminster and Surrey. The bridge was designed for a 50-year life, which has been exceeded by 30 years.

The RFQ will close in September 2018 and the Ministry of Transportation and Infrastructure will select up to three teams to participate in the RFP phase of the selection process.

Construction is anticipated to begin in 2019. The new bridge is expected to be open to traffic in 2023 and then the existing Pattullo Bridge will be removed.

B.C. has also announced a new Community Benefits Agreement framework for key public-sector infrastructure projects in the province with the intent of delivering jobs, better training and apprenticeships, and more trades opportunities for Indigenous peoples, women and youth within the province.

Under the new Community Benefits Agreement, a diverse and qualified workforce will be supplied for select major public infrastructure projects through a newly created Crown corporation, BC Infrastructure Benefits Inc. (BCIB).

BCIB will hire the project’s construction workers, and will work with unions and contractors to dispatch labour, as well as manage payroll and benefits.

“With this agreement, we’re not just investing in roads, bridges and other infrastructure, we’re investing in good jobs and new opportunities for people who live in B.C.,” said Premier John Horgan when making the announcement.

Parts of the agreement include:

The first projects to be delivered under the new framework are the new Pattullo Bridge, and the four-laning projects on the Trans-Canada Highway between Kamloops and Alberta.