Alberta’s “Highway of Death” being twinned

Highway 63 is a critical lifeline for transporting supplies and personnel to Alberta’s oilsands capital, Fort McMurray. Because of dozens of tragic traffic deaths in the last decade, this route – almost devoid of population centres...

May 28, 2013
by Canadian Consulting Engineer 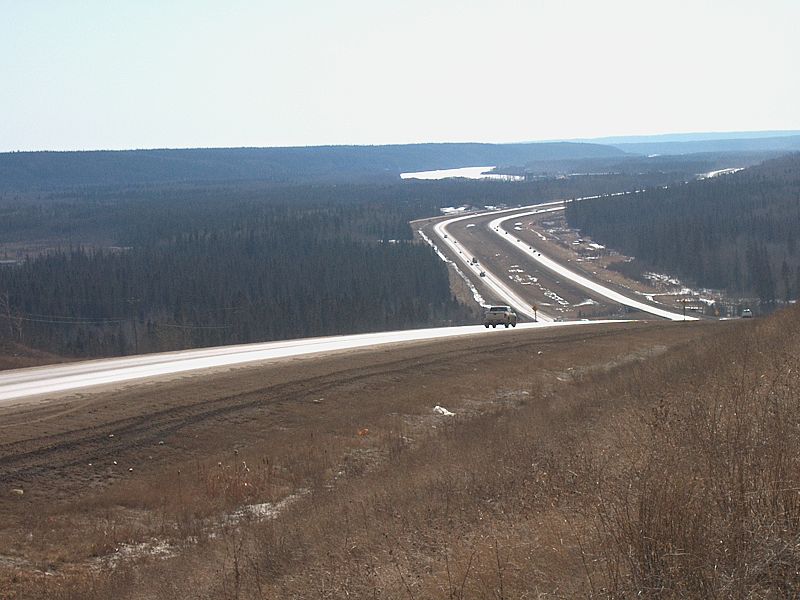 Highway 63 is a critical lifeline for transporting supplies and personnel to Alberta’s oilsands capital, Fort McMurray. Because of dozens of tragic traffic deaths in the last decade, this route – almost devoid of population centres – is known as the Highway of Death. Further fatalities last fall turned the highway into a lightning rod for widespread complaints by Albertans and focused attention on the human cost of oilsands development.

To improve safety on the highway, the provincial government is now following through on long-standing promises to twin it, using a fast-track schedule targeting completion in 2016.

Highway 63 starts in the south at Highway 28 near Radway, around 70 kilometres northeast of Edmonton. From there it travels 443 kilometres north, passing through Fort McMurray and the Athabasca Oil Sands to end at Fort MacKay. It passes through boreal forest, park land and the oil sands.

The terrain, ecological and geotechnical considerations, harsh weather, as well as coping with existing power and pipeline infrastructure, all add complexity to the improvement program.

Rizwan Hussain, P.Eng,, construction manager for the Fort McMurray region with Alberta Transportation, outlines the ambitious current program to completely twin 240 kilometres of the highway from Fort McMurray south to Grassland. So far only 52 kilometres – or barely 20 per cent – has been twinned, at a cost of $147 million.

The program calls for a further $780 million to be spent on twinning the remaining 188 kilometres by 2016.is overseeing the project.

The twinning will include spending $60 million to $70 million on 25 new crossings in the form of major culverts and bridges. Individual costs for the latter will range from $3 million to $9 million and will include wildlife corridors.

Water crossings are not the major challenge. Hussain emphasizes: “The bigger challenge on this job is relocation.” By that he means “the huge task” of relocating existing overhead electrical power lines and underground fibre optic lines that largely parallel the roadway to Fort McMurray.

Furthermore, 150-plus pipelines that run alongside or under the highway must be taken into account. “They (utilities) generally have to do their work before we can do our work,” Hussain observes.

As with the original Highway 63, sizable sections of the new parallel route traverse muskeg that sometimes must be removed to a depth of up four metres. The muskeg’s soft conditions preclude summertime work, so stripping of some three million cubic metres of muskeg must take place during colder periods— this in a region known for its bitterly cold winters.

With the muskeg removed, the work of building grade must await frost-free conditions. But wet weather in the summer can threaten the timely movement of 4 million cubic metres of dirt and haulage in of 6 million tonnes of aggregates (sometimes from 100 kilometres away).

The highway’s planners also must consider that 51 kilometres of the route that cut across a caribou migration zone. This limits construction activities between February and July.

Hussain stresses: “We want to ensure our work is not impacting caribou in the areas and developed a Caribou Protection Plan.”

These and other factors, plus public impatience, mean that the twinning likely faces more scrutiny than some other projects. However, Hussain remains confident: “We have a plan in place. Now we have the funding commitment. I think we are on track and delivering projects as per our plan. We are on top of it or ahead of the game.”

Alberta Transportation is approaching tendering for Highway 63 twinning on a lowest-bid basis.

Meanwhile, there are three bridge projects on the Athabasca River at Fort McMurray which are linked to the Highway 63 twinning but under a separate budget. They include the existing Steinhauer (worth $52 million) and Grant MacEwan ($23 million) bridges. When their rebuilds are completed next year, they will accommodate five southbound lanes in total. Northbound traffic will cross via the new, $127-million, five-lane Athabasca Bridge which was designed by Stantec and finished in 2011.

Two major interchanges in Fort McMurray (Confederation Way and Thickwood Boulevard), worth an estimated $220 million, are also scheduled for completion this year, and further north, the Parsons Creek interchange is slated for fall 2015 completion.

Nordahl Flakstad is a freelance writer based in Edmonton.