The project will advance the planning and design of the relief line from Pape and Danforth Avenue to downtown via Queen Street East. 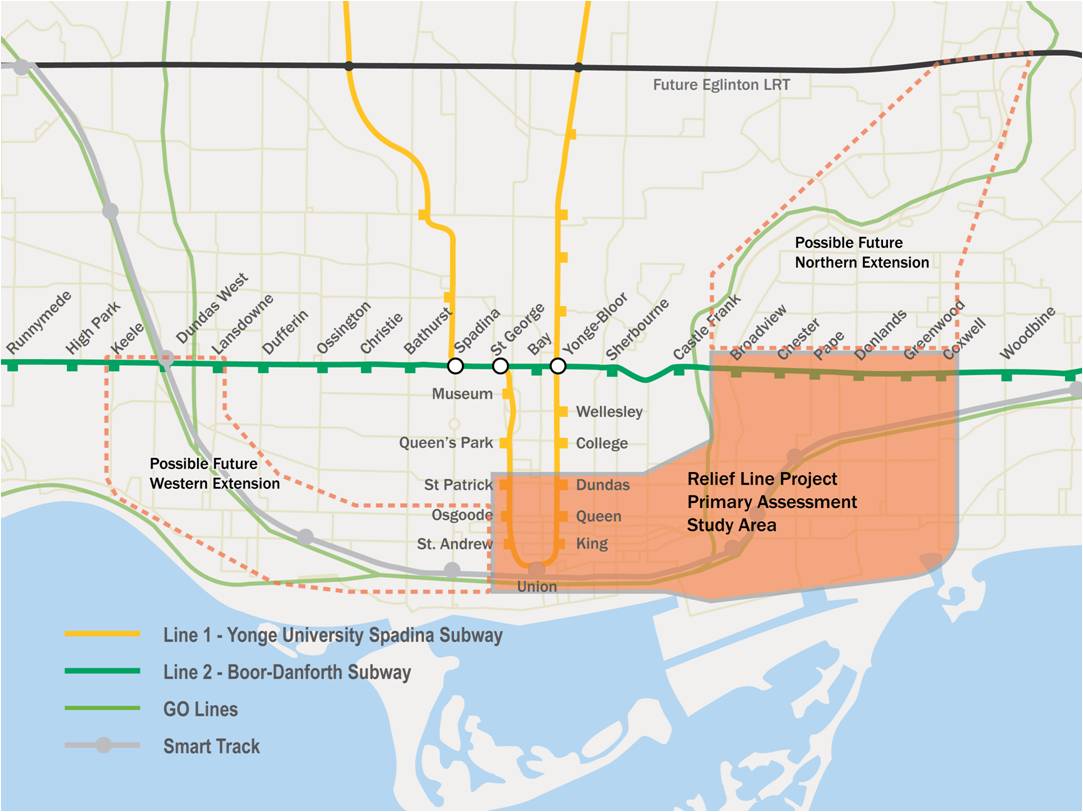 The governments of Canada, Ontario and Toronto have reaffirmed their commitment to address overcrowding and congestion on Toronto’s public transit system.

Through the Public Transit Infrastructure Fund, the Government of Canada will be providing more than $27 million to support the planning and preliminary design of a relief line, a future rapid transit line that would relieve overcrowding on the Yonge Subway Line.

Ontario is providing over $150 million to advance planning and design work for the relief line as part of the Moving Ontario Forward plan.

The City of Toronto will also be contributing more than $27 million to the next phase of planning and design work, which is in addition to $4 million already spent on the relief line planning work.