GO Transit, short for Government of Ontario Transit, began operating on May 23, 1967, as a 14-stop commuter rail line. 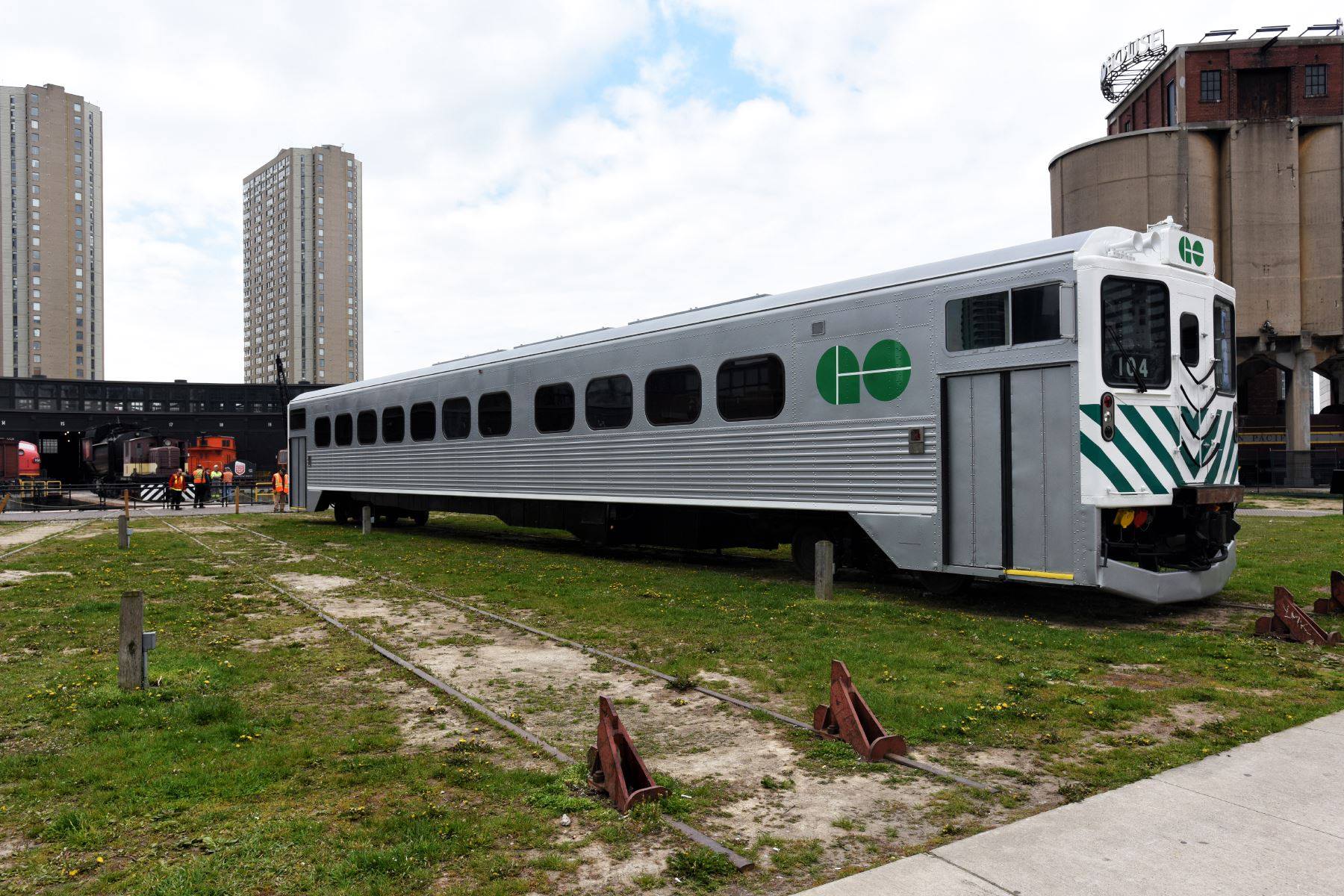 Marking the 50th anniversary of GO Transit, the commuter transit service serving the Greater Toronto and Hamilton Area (GTHA), the province of Ontario and Metrolinx were on hand to reveal a fully-restored original GO train coach, the newest exhibit at the Toronto Railway Museum.

GO Transit, short for Government of Ontario Transit, began operating on May 23, 1967, as a 14-stop commuter rail line from Hamilton to Pickering. In its first year, GO Transit carried 2.5 million riders, exceeding its projected ridership for that year in just six months. Today, GO Transit accommodates about 70 million trips per year on seven rail lines, connecting to 15 GO bus terminals and 17 municipal transit systems across the GTHA.

Ontario is now undertaking the largest commuter rail project in Canada to bring even more GO rail service across the region. Through GO Regional Express Rail, more two-way, all-day service will come to large parts of the GO rail network, with much of the network electrified and service extended to Niagara Falls and Bowmanville.

“GO Transit has played an important role in building and shaping communities over the last 50 years, and the best is yet to come. While we unveil this iconic piece of GO Transit’s history today (May 23), history is in the making as we work toward transforming the GO rail network from a commuter-based service into a true regional rapid transit system,” said John Jensen, president and CEO of Metrolinx in a release.