The project includes the replacement of an existing at-grade railway crossing and widening of roads. 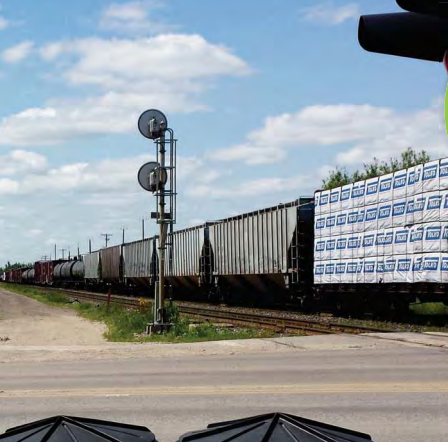 Federal and provincial dignitaries joined Winnipeg Mayor Brian Bowman to officially break ground on the Waverley Street Underpass project, a $155-million, multi-faceted project includes the replacement of an existing at-grade railway crossing with an underpass. Approximately 30,000 vehicles and between 35 and 40 trains pass through this rail crossing on a daily basis.

The project also includes the reconstruction and rehabilitation of Waverley Street as well as the widening of Taylor Avenue between Waverley Street and Lindsay Street to four lanes. In early 2014, the City of Winnipeg initiated a preliminary design study for the project conducted by Dillon Consulting and AECOM.

To keep traffic moving while the underpass is built, a four-lane detour road is now under construction. In addition, several other portions of the project will get underway in the spring and fall of 2017 including a rail detour, pedestrian and cycling detour.

The Waverley Underpass project is expected to open by the end of 2019 with some minor work such as landscaping continuing into 2020.

“Today’s sod-turning on the Waverley Underpass marks an important milestone towards improving the flow of traffic in this part of the City. As Winnipeg grows towards one million people, it is crucial to have a transportation system that is efficient at moving people and investments like this position Winnipeg to handle steady growth into the future,” said Bowman in a news release.