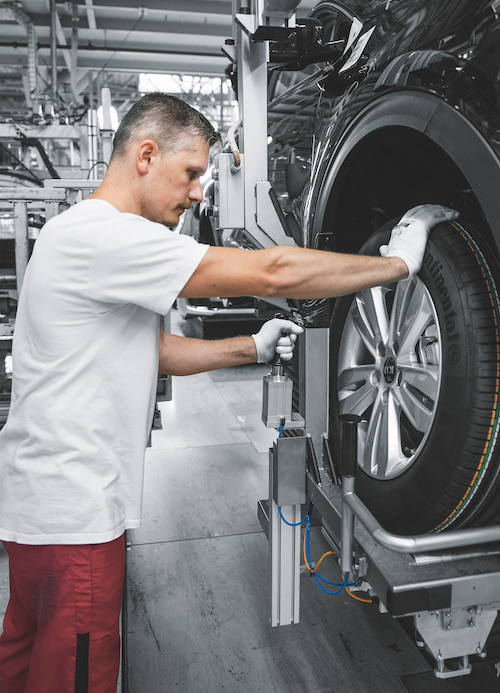 Festo Canada, based in Mississauga, Ont., has introduced its YHBP drive system for servo-pneumatic balancers to allow workers to move loads of 70 to 999 kg with the actuating force of a touch of a finger, whether for loading, unloading, stacking, destacking, rotating, swivelling or tilting.

Designed for assembly functions in auto plant and other production lines, each YHBP is operated using a pneumatically activated ‘smart’ handle and control system, which detects whether the user wants to move a load up or down and automatically detects and adjusts for that load’s weight. The package also features a pneumatic ISO cylinder, displacement encoder and balancer valve unit.

The drive packages are available in basic and safety configurations, the latter of which achieves Performance Level D with a sensor interface and relay for dual-channel speed monitoring and power shutdown, ensuring (a) it is brought to a safe state in the event of a faulty component and (b) dangerous movements are prevented in case of voltage failure or sudden drop in pressure.