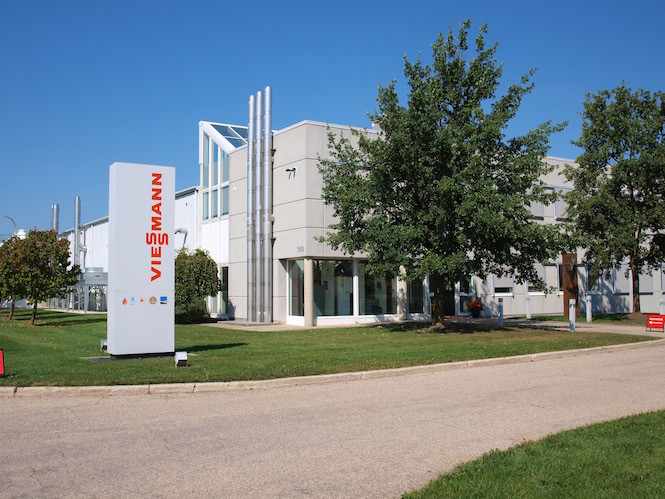 Celebrating its parent company’s 100th anniversary, Viessmann Canada opened the doors to its headquarters in Waterloo, Ontario on September 21 to welcome customers and friends to the Viessmann Tech Social 2017.

All year the company is recognizing its birthday with the theme “100+ Into a new century”. 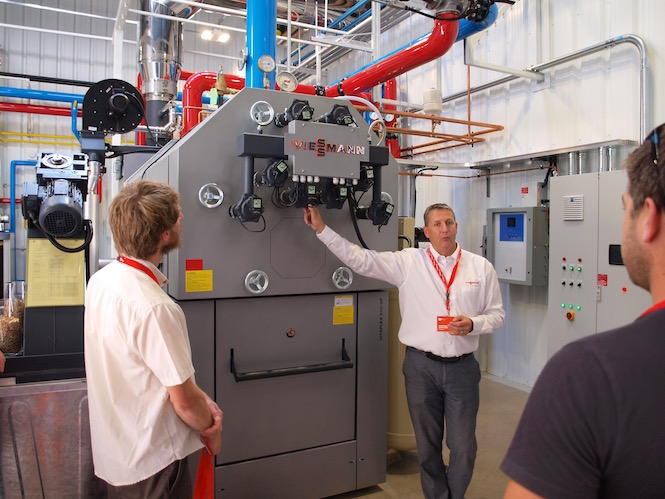 Demonstration of the commercial biomass wood-fired boiler, led by Andreas Wintzer of Viessmann.

The full day open house featured demonstrations of biomass and gas-fired condensing boilers (residential and commercial) along with tours of the facility’s new biomass training lab and demonstrations of custom control panels for large scale commercial projects, and more. 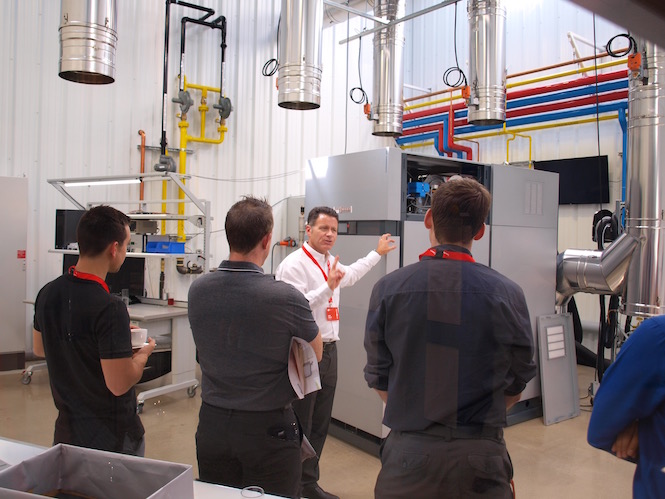 An overview of a commercial gas-fired condensing boiler, led by Jeff Amlin of Viessmann.