They offer greater holding force than similar-sized electromagnets or EPMs. 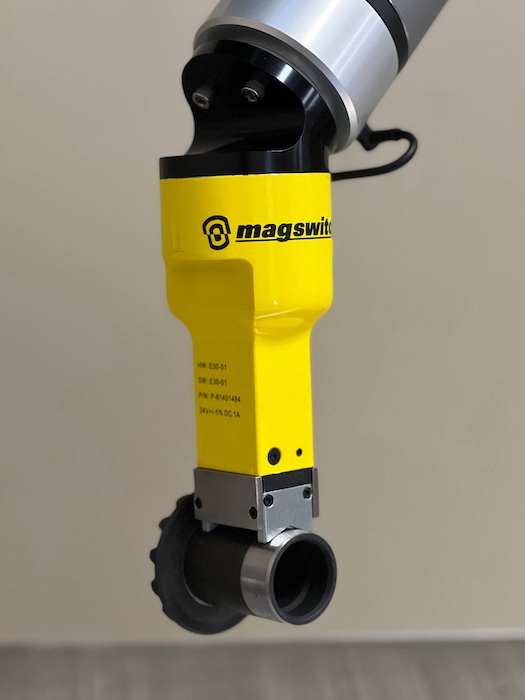 Festo Canada, based in Mississauga, Ont., serves as a distribution partner for Magswitch’s Electric Series (E-Series) of ‘intelligent’ magnetic grippers, which use proprietary switching technology to benefit ferrous automation applications in the manufacturing sector.

As they are smaller and lighter than electromagnets, they reduce the size of end-of-arm tools, allowing designers to use smaller robots and thus reduce footprint and capital cost. Pole shoes that shape the magnetic field are offered in standard and custom configurations, to ensure the correct grip for the application, such as stamping (including progressive dies) or resistance spot welding.

E-Series units operate on 24 V DC with serial communication protocols. There are options for control via any Ethernet protocol.