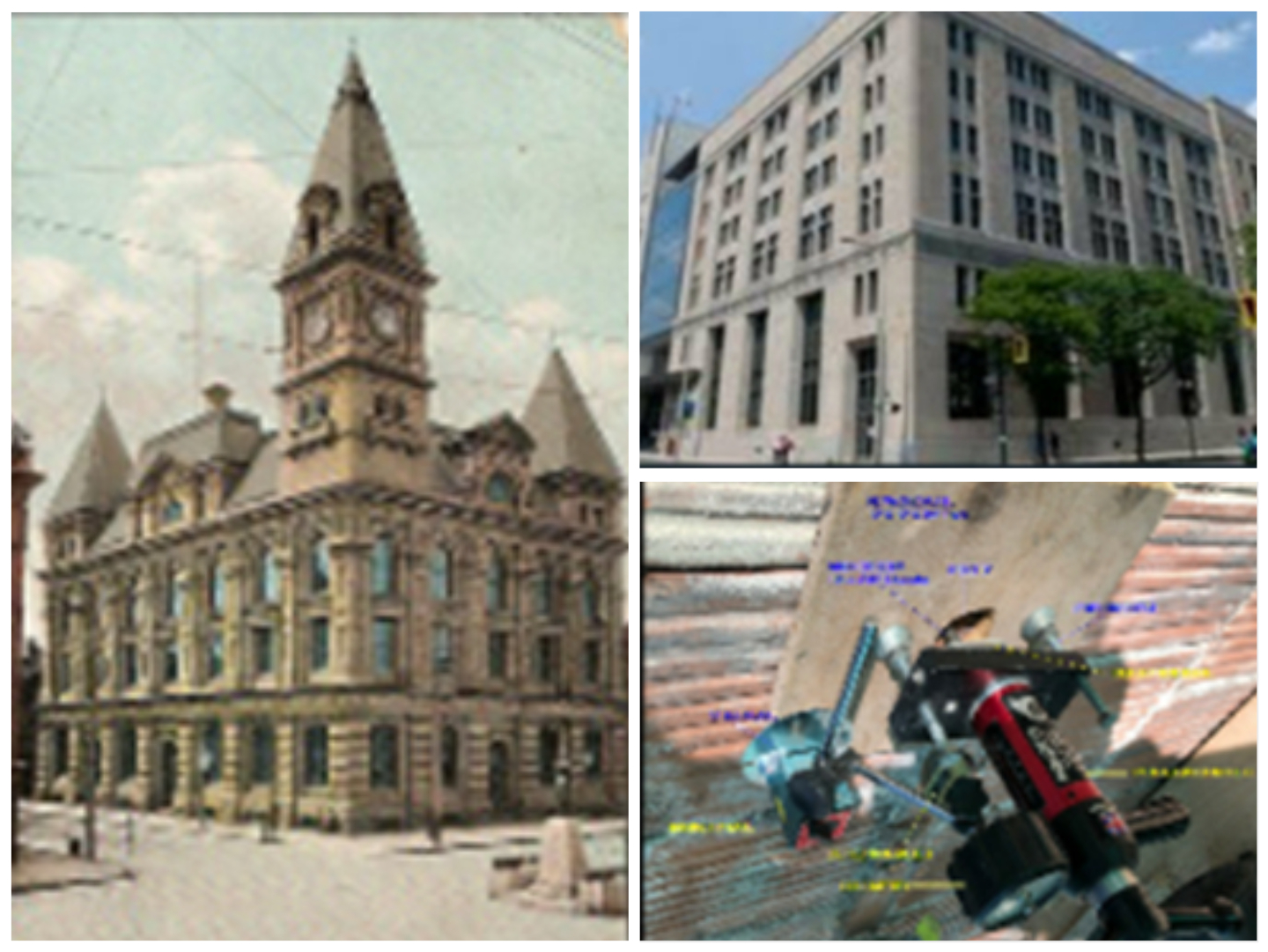 Built in 1935 (and incorporating a post office built on the same spot 50 years earlier), the courthouse’s ground-floor marble hall still features postal wickets and large tables. The restoration by a+LiNK involved repairing five storeys of stone on the building envelope, the original masonry components and the metal canopy. The original ties were loose, deteriorated and falling.

The anchors attached both adhesively and mechanically, ensuring fireproofing and progressive failure instead of brittle fracture. Further, because of the bulbing action of the system’s mechanical attachment, loads were distributed over larger areas than other systems would muster, so the fragile backup wall can withstand the required loads, including wind.