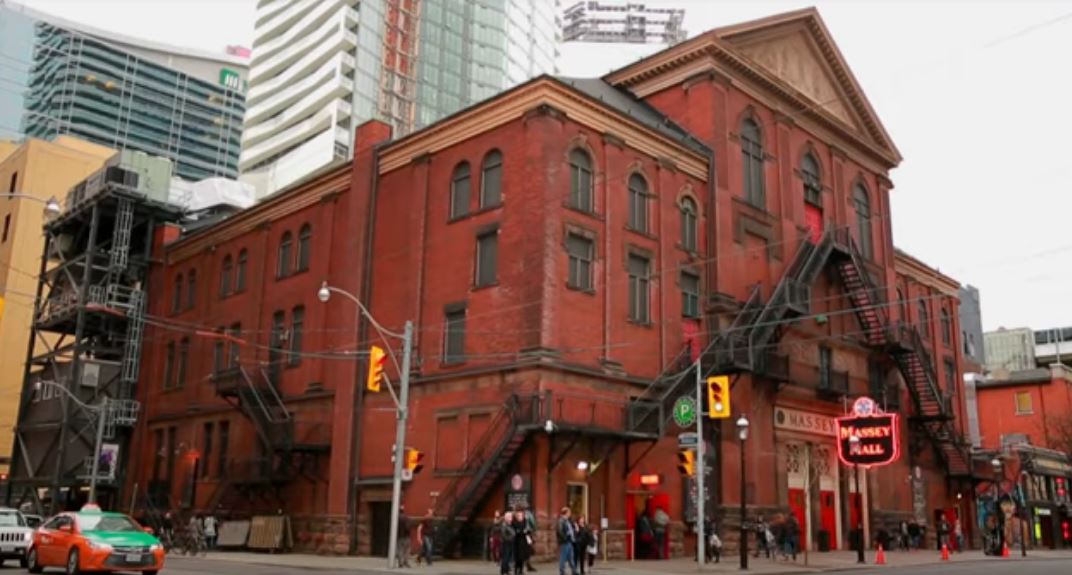 As Massey Hall in Toronto marks its 125th anniversary, a century and a quarter of Canadian history has been stripped bare to be restored, not only to recapture the music hall’s original sound, but to make sure it will serve audiences for generations to come.

The venerable concert hall, located in the heart of downtown, has been closed for since the beginning of July, 2018 and is slated to re-open in 2020.

The Massey Hall revitalization project has been a two phase project. The first phase of the began in 2014 with the decommissioning of the obsolete Albert Building (once home to Massey Hall’s dressing rooms and offices) and excavation of an expanded footprint directly south of Massey Hall.

Construction of the foundation and basement shell for a seven-story addition was completed and the above-grade structure and slabs were made watertight.

Phase 2 was initiated on July 2, 2018, following three historic performances by Gordon Lightfoot — the last on the pre-renovated Massey Hall stage.

Crews are now completing the two-level basement; adding a loading dock, dressing rooms and technical/production facilities; refurbishing the interior and exterior of the existing Hall; and constructing the seven-story addition that will include a new stage in Centuries bar, a 500-seat live-music room and a cutting-edge performance capture studio.

Cintec reinforcement anchors are used to stabilize and strengthen an unreinforced masonry structure without the need for external and internal steel bracing, making them suitable for historical buildings.

For this project the Cintec system comprises a steel section in a mesh fabric sleeve, into which a specially developed cementitious grout is injected under low pressure to create both a mechanical and cementitious bond. A simple, easy-to-use system with fast installation and minimal cleanup, the specific reinforcement and anchoring system used for Massey Hall is custom-designed for the project, as are all Cintec projects.

Plans are already underway for the grand reopening of the revitalized Massey Hall in Fall 2020.