The suspended luminaires provide structural support for the baffles. 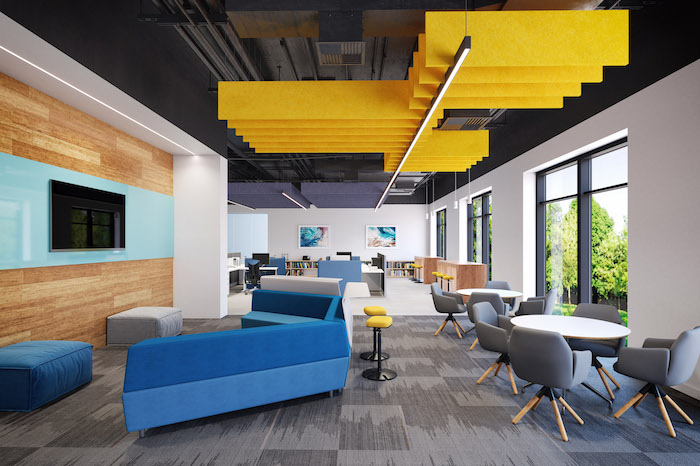 The system is offered in truss, cantilever and cantilever wave versions, each of which uses Seem 1 suspended direct luminaires as primary structural support for AirCore Blade acoustic baffles. In the symmetric truss assembly, for example, two parallel luminaires serve as rails for perpendicular baffles. In the cantilever configuration, the baffles project from one luminaire with a suspension point at the other extremity, so they appear to float. The cantilever wave uses uneven baffle lengths to create a jagged edge at the suspended extremity.