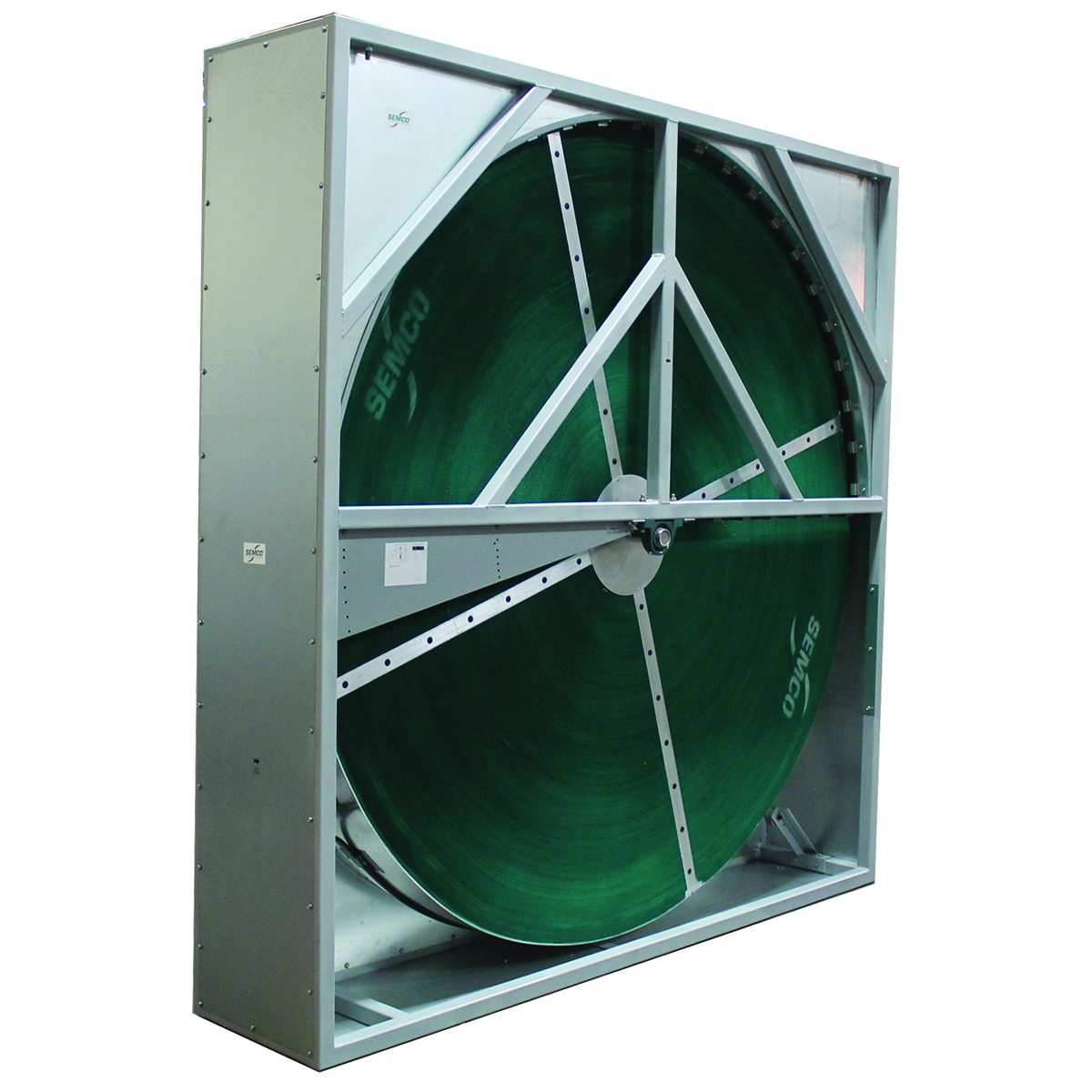 Introduced and patented in 1987, the True 3Å Wheel’s combination of a proprietary 3A molecular sieve desiccant coating on a durable fluted aluminum wheel revolutionized sensible and latent heat transfer in the HVAC industry. Previously, the industry was dominated by energy wheels constructed of asbestos paper, metal mesh or aluminum employing non-selective desiccants, such as aluminum oxide or silica gel.

According to the company, since inception, the True 3Å Wheel has saved SEMCO customers an estimated 565 trillion BTUs and reduced carbon emissions by more than 32-million tons, which is 13 times the amount of emission savings provided annually by all of the electric cars sold in the U.S. to date.

As an example, the company points to John Hopkins University School of Medicine which has installed dozens of True 3Å Wheels in its Baltimore laboratory facilities over the past 20 years, which in turn have provided for more than $100 million in total energy and infrastructure savings; enough to have paid for 1.3 research buildings, based upon analyses completed by the owner’s consultant. Furthermore, the substantial reduction in chiller size and operating hours due to the True 3Å Wheel, have saved an estimated 256-million gallons of water at the central cooling towers.

Today, the True 3Å Wheel is marketed globally and now competes against numerous other brands that have since adopted aluminum wheels with a 3A molecular sieve desiccant coating. “It is said that imitation is the sincerest form of flattery,” said John C. Fischer, SEMCO’s Director of Technology and the patented True 3Å Wheel’s inventor. “However, a wheel simply coated with a 3A molecular sieve shouldn’t be confused with one that exhibits True 3Å behavior, which is the ability to transfer water vapor while simultaneously excluding airborne contaminants larger than about 3 angstroms.”

The company states that research has shown some energy wheels (including some 3A brands) transfer as much as 50-percent of exhausted contaminants back into the space, which requires up to an additional 70-percent of outdoor air to achieve the same level of air quality intended by ASHRAE Standard 62. The increased outdoor air needs conditioning, which defeats the goal of energy efficiency. However, the True 3Å Wheel’s contaminant transfer is undetectable and needs no additional outdoor air, according to the 2004 third-party research report, “Total Recovery Desiccant Wheel Pollutant Contaminant Challenge: Ventilation Effectiveness Comparison,” conducted by the Georgia Tech Research Institute, Atlanta, and co-funded by the U.S. Department of Energy.