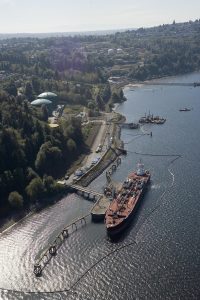 The Alberta government and bodies such as the Independent Contractors and Businesses Association (ICBA) were quick to commend the National Energy Board of Canada’s decision on the Trans Mountain Expansion project.

On May 19, the three-member NEB panel said it had concluded its environmental assessment and decided that it would recommend that Kinder Morgan’s pipeline expansion between Edmonton and Burnaby near Vancouver should go ahead. The recommendation came with 157 conditions, published as part of a 533-page report.

The proposal still has to win approval from the federal government, which will consider it in December this year.

The $6.8 billion expansion of the pipeline will generate economic and employment benefits in western Canada. It is estimated that in Metro Vancouver alone there will be $1.5 billion in spending on construction of pipelines and terminals.”

The economic and employment benefits were among the reasons the NEB gave for its approval. The panel wrote:  “Taking into account all the evidence, considering all relevant factors, and given that there are considerable benefits nationally, regionally and to some degree locally, the Board found that the benefits of the project would outweigh the residual burdens.”

Philip Hochstein, president of ICBA, said, “Today’s decision is good news for workers, families and communities across British Columbia. Canada needs an expanded pipeline system that will generate thousands of family-supporting jobs, provide access to new, high-paying markets, and unlock billions of dollars in benefit to our country.”

The project will involve the construction of a whole range of infrastructure. Besides the new pipeline segments, plans are for 12 new pump stations, 20 new tanks, and the expansion of the Westridge Marine Terminal in Burnaby. Currently that terminal handles around five tankers per month. But if the proposed expansion is approved, the terminal will handle approximately 34 tankers a month.

The original Trans Mountain Pipeline was built in 1953 but has been expanded several times since. The new project will create a twinned pipeline to increase capacity from 300,000 barrels per day to 890,000 barrels per day. It would carry crude and refined oil from the Alberta oil fields to the Pacific coast for export. The route is not pinned down, but the proposed route stretches 1,150 kilometres. Most of the distance will be along the pipeline’s existing right of way, but 16% will follow other infrastructure such as highways, hydro and communication corridors. About 11% will be along new right of way.

The 157 conditions in the NEB’s decision include environmental protections related to “people, communities and lands, economics and financial responsibility, and project-related marine shipping.” For example, at least five months before beginning construction on any waterway, Trans Mountain must file full details, including inventories of wildlife, fish and habitat, and detailed engineering drawings.

However, the Alberta Energy Minister, Margaret McCuaig-Boyd said: “Canadians want to know that sustainable resource development will be pursued safely. A modern, carefully regulated, carefully monitored pipeline is the safest and most economical way to move energy products to market.”

To read the National Energy Board’s press release with a link to the report, click here.