It can hold more than 10 times as much road salt as its predecessor could. 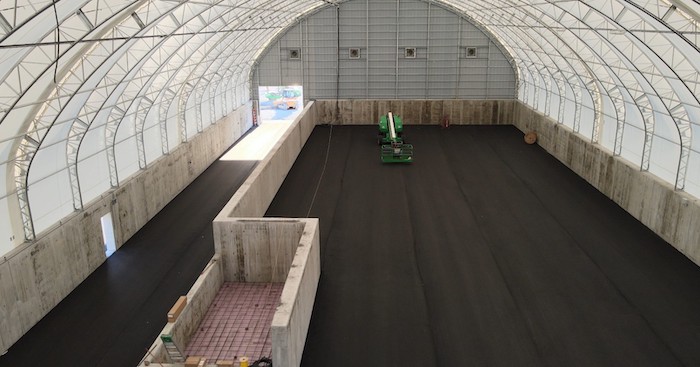 The $4.5-million project was commissioned after an independent study in 2016 recommended replacing all of the aging buildings in Cornwall’s municipal works yard. The new salt shed is designed to hold up to 7,000 tonnes of road salt, which is more than 10 times the capacity of its predecessor—and should be sufficient for the city’s needs throughout a typical winter.

The facility’s most innovative feature is a loading runway that runs from one end of the building to the other, which the city suggests is the first of its kind anywhere in the province. Trucks can load up to 20 tonnes in under 10 minutes’ time.

In addition to WSP handling design, Morey Associates served as the geotechnical consultant for the facility, which sits on a packed foundation of 30 ft of clear stone after the excavation of unstable clay. The shed was built by Louis W. Bray Construction.

Following the completion of this first phase for rebuilding the yard, which also includes a standby electricity generator and a new parking lot for staff, Cornwall is planning new administration and multi-department buildings for the site. 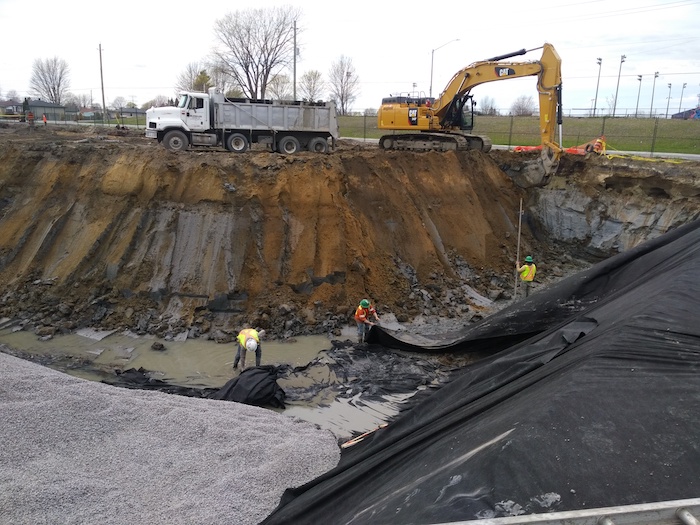 Thousands of tonnes of unstable clay had to be excavated before the new facility could be built.