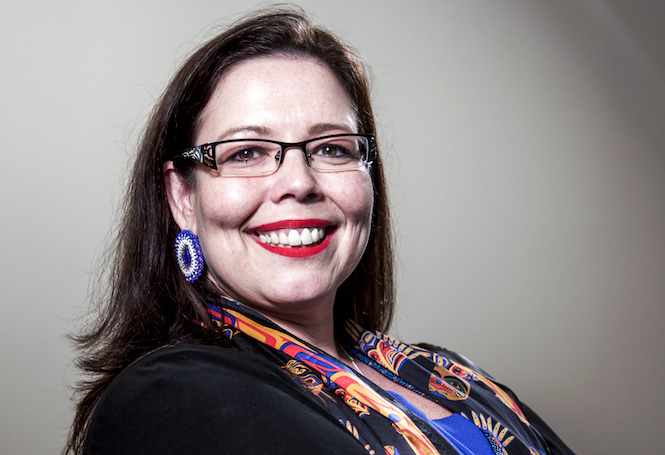 Kicking off our Point of View series we interview Deanna Burgart, P.Eng, CET, the president of Indigenous Engineering Inclusion Inc. in Calgary. An adoptee from the Fond du Lac (Cree/Dene) First Nation in Northern Saskatchewan, born in Alberta, Burgart spent her early formative years in Singapore. She is an Indigenous youth mentor and has developed her love for finding cross-cultural collaboration opportunities between youth, government, Indigenous communities and industries.

How did you first get interested and involved in engineering?

In 1998, I completed my high school upgrading as a single mother and decided to pursue chemical engineering at SAIT [Southern Alberta Institute of Technology, Calgary]. I immediately joined the petroleum industry as a technical sales representative for a reservoir-engineering-focused laboratory, and then went on into production engineering in the upstream sector. In 2007, I returned to university to get my Bachelor of Engineering in Chemical Engineering from Lakehead University.

What was your path to your first professional engineering job?

I was recruited out of university to a global engineering firm in their pipelines division where I initially worked in small project pipeline design and regulatory permitting.

What has been your engineering work history, and have you worked with consulting engineering firms?

The first half of my career as an engineering technologist was mainly in junior to mid-size oil and gas producers. I had a strong focus on production and environmental and regulatory compliance. I did not work with a consulting engineering firm until I graduated and started working towards my P.Eng. I am now a proud professional engineer (APEGA) and certified engineering technologist (ASET).

How did the Indigenous Engineering Inclusion Inc. business come about?

The concept of “Indigeneering”—combining scientific principles like engineering with an Indigenous perspective of respect for Mother Earth—evolved from various career presentations I made to Indigenous youth starting in 2008 when I was being considered for the Canadian Engineering Memorial Foundation’s scholarship for Aboriginal women in engineering.

It shaped my theme in talks and workshops going forward for the next several years. In the summer of 2016, I decided to leave my position in industry to focus on this vision full time. It has evolved to where I am now focused on delivering workshops and keynote talks across Canada and the U.S. on the value of Indigenous perspectives and how they can help solve some of our greatest challenges in engineering, energy and sustainability.

I’m working with post-secondary institutions such as SAIT and the University of Calgary to increase Indigenous perspectives in engineering and technology curricula.

You are an active speaker advocating for diversity in engineering, what does diversity mean to you and why is it important for engineering?

I believe every person brings diversity to the table, whether we can see it or not. Diversity can be the different lenses we have that shape how we view the world around us—diversity of genders, race, lived experience, ability, ways of thinking, upbringing, and more.

The key to maximizing the gifts our diversity brings is in creating cultures of inclusion. Cultures where individuals feel empowered to let those different viewpoints be known to solve challenges in a way we never have before. This is the key to true innovation, and when we start to foster these cultures, we will see transformation in our organizations.

Engineers Canada has its national 30 by 30 campaign, aiming to achieve 30% of registered engineers in Canada to be women by 2030, up from about 12.8% today. What are you views on that initiative?

I think setting goals is so important. The focus of my work is on supporting this, as well as encouraging more Indigenous youth to consider careers in engineering. As of last fall, of the over 70,000 Professional Engineers and Geoscientist members in APEGA, only 323 self-identified as Indigenous. It’s imperative that if we are going to increase gender, race and Indigenous diversity in engineering, we must work hard at changing the culture towards inclusivity of these differences. 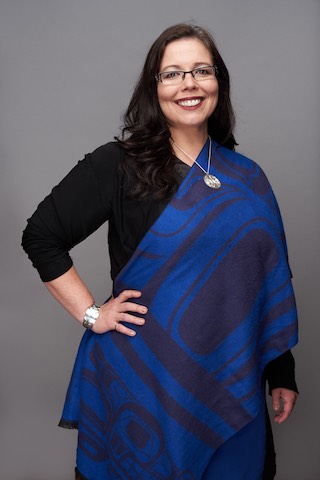 Can you share one or two engineering workplace encounters you’ve experienced, or been told about, that provide an example of unconscious bias based on gender or race?

Unfortunately, situations like this are frequent. I have a very exuberant personality and was once told I was “too friendly and needed to be more professional” with the field staff. The individual was judging my behaviour through their own lens that said a leader should be more stoic and serious in order to lead effectively.

I had a former colleague tell me that her manager would only invite the men on her team for drinks after work because he assumed that she had to go home to her family. This kind of exclusion is an unfair assumption and a barrier to her building effective relationships with the rest of her team.

The trouble with both conscious and unconscious bias is that it is not comfortable to focus on our own. We need to embrace humility and acceptance that we all have biases. We need to have the courage to examine our own and do our best to mitigate any negative impact it might have on others.

Often the exclusion is unintentional and not malicious at all, sometimes it is. In some environments, the person who feels excluded or judged unfairly does not feel safe to speak out about it for fear of rocking the boat or being seen by their team as “that person”.

How should people react to such occurrences when they recognize them?

It is always easier to speak up for someone else, and if we get comfortable doing it for our peers, we can eventually build up the confidence to do it for ourselves. Leaders and allies need to be open to receiving such feedback.

The best way to do it is to remove any blame, shame or judgement and see it as shining a light on unconscious bias.

How can the industry raise awareness of these “social norms” that are getting in the way of embracing diversity in the industry?

The key is to create the opportunity for conversations around unconscious bias, microinequities and how to create more inclusive spaces before it becomes a crisis.

Once an organization or a team becomes toxic, with low levels of trust, these conversations can be significantly more difficult, and it will be much harder to turn things around.

The effort is worth it though. Statistics show that diverse teams that are managed well in an inclusive environment outperform more homogenous teams. Fostering these conversations free from blame, shame and judgement, and the acknowledgement that we all bring diversity and unconscious bias, makes diversity and inclusion about every person in the room. Then it moves beyond an us (dominant demographic) and them (minority demographic) conversation and into a “how do we all work better together and bring out our unique brilliance?” It is much more of a collaborative approach.

Women who graduate from engineering programs don’t seem to stay in the industry, why do you think that happens?

I can’t speak for all women, but anecdotally I have heard that many women leave because they do not see a path forward for them in industry. They leave due to lack of understanding of their needs and values, lack of a pathway of career progression, and lack of respect for their unique perspectives.

One woman once described it to me as the feeling of “pushing a rope uphill.” That to navigate her career was exhausting because she had to work that much harder to prove herself, to be heard and to be considered as a technical equal.

As an individual, I navigate my role as mother, grandmother, and creative thinker. I have a passion for Indigenous inclusion in engineering and there really was no space for that in industry outside of Indigenous relations.

I also live with a chronic pain condition that has limited my physical ability to do a lot of the work I used to do in the field (steel toed boots – eight-hour workdays behind a desk), so I decided to recreate and build my new work based on my passions and needs.

Do I miss working in an organization with teams daily? Absolutely, but I had to prioritize my family and my wellness. I think many women are in similar situations as myself.

Finally, women and minorities may be growing in numbers in the industry, but how important is it for more diversity at the leadership level of firms, and how will that happen?

The lack of diversity in leadership positions is something that needs to change. When women and minorities do not see themselves reflected in the leadership teams of their organizations, it becomes implied that there is not a role for them there either—nor are their unique perspectives going to be included in the decision-making activities of the organization.

Until there is awareness and understanding, and there is a willingness to start addressing this bias, I do not think we will see much change.

I have seen the conversation around equity, diversity and inclusion increase substantially in industry and post-secondary institutions, I am very hopeful that we are moving in the right direction. I am excited to be a part of this movement