A conversation with Annette Bergeron, President of Engineers Canada, about the 30-by-30 initiative and diversity in the engineering industry.

Throughout 2019 Canadian Consulting Engineer is exploring the topic of diversity in the industry through a series of articles called Point of View; these stories are designed to get readers thinking about their profession, their day-to-day workplace and maybe seeing their surroundings through a new lens. This article is an interview with Engineers Canada president, Annette Bergeron. 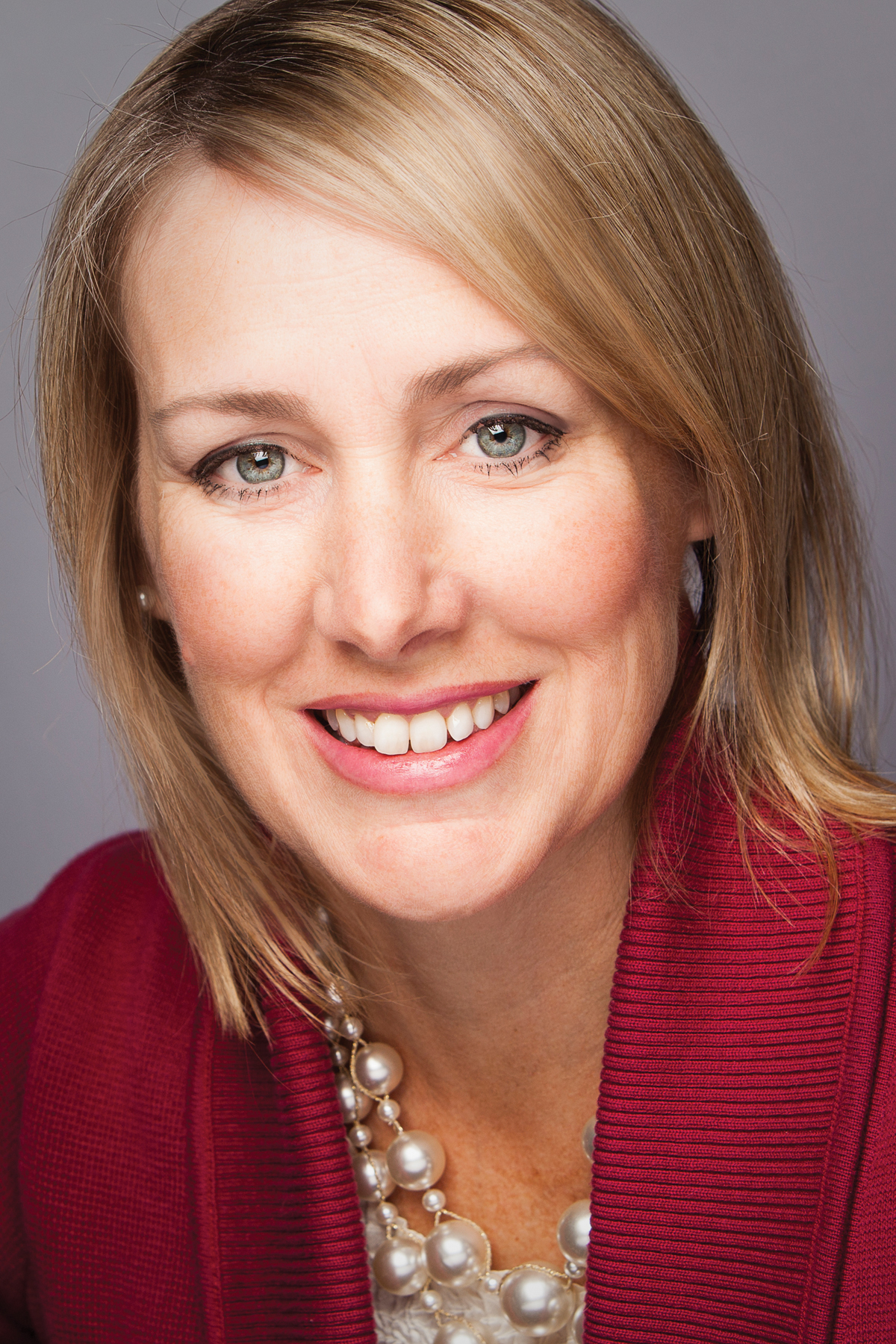 A Queen’s University graduate with a degree in metallurgical engineering, Annette Bergeron has over 30 years of work experience ranging from industry and academic administration to specializing in executive leadership and governance. She has been involved in the engineering association world since 2002. Following leadership positions with the Ontario Society of Professional Engineers, Bergeron was elected as the sixth female president of Professional Engineers Ontario (2013-2014), and having served on the Engineers Canada board as a director since 2014, Bergeron is now mid-way through her 2018-19 term as president.

Following university, what was your entry into the engineering industry?

I spent the first decade of my career working in steel making as a production engineer. So I was wearing a hard hat and steel toes everyday for 10 years. It was a great education and a great experience. I enjoyed it. But it did have its challenges.

Did you have women mentors in those days?

I did not have a mentor, or a sponsor, and that’s probably one of the contributing reasons why I eventually left and did an MBA. I didn’t see my career progressing like my male colleagues who were being hand picked. I could really see how they were being coached and developed in their careers, whereas I wasn’t.

Engineers Canada’s 30 by 30 initiative, seeking to achieve 30% of newly-licensed engineers in Canada to be women by 2030, has been active for about five years, how has the campaign been developing?

Because Engineers Canada is a support organization for the 12 regulatory bodies across the country, the first thing we did was reach out to the regulators and said, “If you want us to do this with you, then you each need to appoint a Champion within your organization.”

And then we extended the reach to higher educational institutions (HEIs) nationally, and now we’re starting to get other associations to sign up. Recently ACEC-Canada signed on as an official Champion (and a shout-out to Todd Smith as being ACEC’s Champion).

So now we have close to 40 Champions across Canada, and a couple times a year we bring the representatives together, either in person or by teleconference, to discuss strategy, status, and measure the metrics.

In our next phase we need to begin enlisting more engineering employers to become Champions.

What is the trend of women in engineering?

And if you look at university enrolment, from around 2008 it has grown about 1% per year. But there have also been more men entering engineering as well, so the overall volume has grown, but the percentage hasn’t changed.

There are more women graduating. Current undergraduate enrolment at accredited universities across Canada is 22% women—that data is as of end of 2017.

Now, newly-licenced engineers nationally are 17.9% women. So really, the difference when you look at 22% enrolment and 17.9% newly-licensed, it’s not that huge of a gap, but it shows there is some leakage in the pipeline.

A recent task force report indicated that if we did nothing—implementing no strategies and we just let the numbers continue to rise passively—we might reach 25% by 2030. So we have some work to do.

Our target now is attracting high-school age girls. Considering it takes four years of university and four years to get your license, that’s eight years, so really we’re looking at girls in grades 9, 10 and 11, those are the women we’ll be licensing in 2030.

One of the biggest barriers right now is getting female high school students to take physics, because physics in grades 11 and 12 is a prerequisite for engineering in university. So one of the challenges in our strategy is how do we address this physics problem?

And then we’re looking at the regulators to help us with retention after university graduation. How do we get women to become EITs and register with their regulator? How do we make sure they can get engineering jobs and ensure there are no barriers on the road to achieving their license.

At Engineers Canada we have discussed this. Thirty percent is a milestone, but let’s bear in mind that we’d like to reach gender parity, much like the law and medical professions.

Those professions are in the high 40s, and they still have their challenges in the work place. But these professions are also more in the public eye. There are a lot of television shows about law and the medical professions with women in high places. We need engineering programming, although I’m not sure anyone would watch it—maybe on Netflix.

Engineers Canada has launched a new strategic plan with four strategic priorities, and one of them is building on 30 by 30 and expanding it. We’re calling it: Recruitment, retention and the professional development of women in the engineering profession.

So we’re taking the 30 by 30 work, which is specifically focussed on newly-licensed engineers, and expanding it to women who already have their license, and what can we do to support them in their careers and keep them.

How about getting women into leadership positions in industry?

Absolutely, and that’s where the professional development part of our strategic priority comes in. How do we keep women enjoying their careers, continue practicing, have mentors and sponsors and develop them into leaders and ultimately into role models.

There’s the expression, “If you can’t see it, you can’t be it.” So we want visible female role models.

Where do you feel the stumbling block is for women moving up?

As I mentioned, having an active mentor or sponsor helps, you really need someone. Your engineering education doesn’t 100% prepare you for the workplace. The best career advice is to find yourself a mentor; it can be a man or a woman in the workplace.

Also, there is unconscious bias, gender bias, in how companies recruit women and how they promote them.

Employers need to be aware and create enjoyable and welcoming workplaces where discrimination and harassment is not tolerated.

No matter how subtle, it really can change how an employee enjoys their work day to day.

How do you get momentum rolling in this area of upward mobility for women in industry?

I mentioned that we want to get employers signing on as Champions of the 30 by 30 initiative. We really need to get the employers on board for that piece of the pipeline.

And I know, firms are busy, they’re focused on the bottom line, and how much time and energy do they have to spend on ‘Women in Engineering’? But it’s important.

The best example may be remembering safety in industry. Safety was a dirty word 20 years ago. Companies complained they didn’t have the time for it, nor the money. And nobody could see the benefits of a safety protocol or system within their companies.

Today it seems obvious to everyone. For some firms safety is one of their number one objectives, and they can see how it impacts their triple bottom line. I think it’s going to be the same thing with diversity in the engineering workforce. It’s going to follow the same path as safety.

Can you explain how diversity helps improve a company’s bottom line?

There’s a lot of research that shows that women on boards of directors of Fortune 500 companies have improved the performance of the companies, and the same thing with the overall diversity of the employee mix.

You get more creativity. More ideas and innovations emerge from diverse perspectives than from a homogenous group of individuals.

Women are 50% of the population, and there are more and more in the workforce, so why would you not want a leadership team that represents what society looks like and get views from all of society.

Is having 30% women in the engineering industry going to make a difference?

The reason we chose 30% is because it’s a critical mass number. You can see it in chemical reactions—it’s a technical research number. It’s a tipping point.

Have you seen that in action?

Absolutely. When I’m the only woman in the room it can be disheartening, and I think it’s the same for minorities—you look around the room and everyone looks the same and you look different. It’s only human nature, and it’s still happening today.

Sometimes your opinion isn’t really heard, but if the person next to you says the same thing it suddenly becomes a good idea (and you think to yourself, ‘I just said that’).

Just getting people to take you seriously and to really listen is a challenge.

We all have unconscious bias, every single human does. And it’s just setting aside those filters in your mind, where you might subconsciously think: “Oh, the woman at the table is talking now, I don’t really have to listen.” It’s something that’s maybe ingrained in our childhood, and we have to consciously change our behaviour.

Do you see that change coming?

Yes, and I’m very excited. It’s been a lifelong endeavour for me. I always say, I’ll be able to rest on my deathbed when we reach 50% women in engineering. Which should see me living beyond 2030.