Michael Allen recalls how he and architect Rod Robbie came up with the concept for the famous retractable roof over the Toronto Rogers Centre. 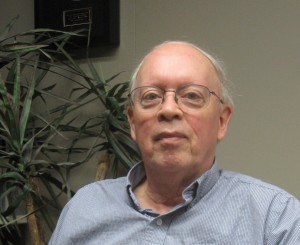 From the August-September 2015 print and digital edition, page 58.

Michael Allen, P.Eng., is a partner in the Ottawa structural engineering firm Adjeleian Allen Rubeli. In 1985 he and the late architect Rod Robbie (1928-2012) devised the concept for the retractable roof on the Toronto SkyDome, now known as the Rogers Centre. It was recently the host venue for the Pan Am Games opening ceremonies.

Q.  How did you become involved in the SkyDome?
Rod Robbie called me and said, “How would you like to go after a project we probably will never win?”
I said, “O.K., that’s sounds like something interesting to do.” And it was initially just the two of us working on it.
It was a very tough design-build competition and the Government of Ontario set the parameters very high. A retractable roof on this scale had not been done before. The one that came closest was the 1976 Montreal Olympic stadium, but it was a fabric structure and had failed.
The Toronto stadium had to be multi-purpose, for football and baseball, and other non-sport events, and the roof had to be almost 100 per cent retractable.
We concluded that we needed a round building. The challenge was finding the geometry that would make the roof structure retract into essentially an open-air stadium that left close to all of the seats open and cast very few shadows.
The panels were going to have to telescope together somehow. The solution came to me when we were at a dead end. I was on a plane from Toronto to Ottawa where I sketched up the ideas of moveable roof panels combining a circular motion with rectilinear motion. At home I spent the whole weekend working on it at the dining room table and came to the conclusion that it would work. The solution was to have two middle panels that are parabolic arch rectangular elements, and two end panels that are quarter domes. There are two types of motion: the two middle panels moving straight back in a linear fashion, and the quarter dome on the south side moving in a circular motion.
From then on Rod and I worked together in creating the actual geometry of the profile. We would send information back and forth on the Colonial bus. Courier took too long. I would put drawings on a 10 p.m. bus to Toronto and Rod would go to the bus station and pick up the material first thing in the morning. This is before e-mails, and even fax machines were just starting to play a role at that point.
Anyone looking at us would have said, “What are you guys doing going after this big job?” We had a 30-man firm in Ottawa and had just opened an office in Toronto with six people in it. Rod’s firm in Toronto had about eight people.
We knew we had a good project and to look believable we needed to tie in with some very large, successful firms. So we linked up with Young and Wright Architects and NORR, who are architects and engineers. By then we were also tied in with the contractor, Ellis Don.

Q.  When the roof was first retracted, were you nervous?
No, we really had no concerns about it. We had spent a lot of time justifying the geometry so that it wouldn’t jam. As well as doing computer checks, we built a 1:400 scale model. It was about 2.5 metres diameter and was very exact.
Having said that, they retracted the first roof panel in the middle of the night — just in case. People driving down the Gardiner Expressway the next morning suddenly saw the south quarter dome in a spot where they had never seen it before, so it was quite dramatic.           cce