The next evolution of warehouses 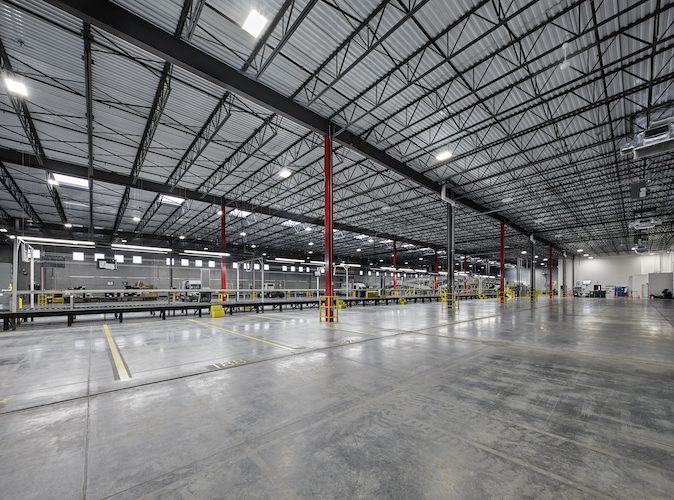 When you think about energy-efficient buildings, sprawling warehouses probably don’t come to mind. With the new Wilkinson Warehouses in Dartmouth, N.S., however, East Port Properties is using consulting engineering expertise to change that perception, to the financial benefit of its tenants.

As a third-party property developer and manager, East Port recently joined the Canada Green Building Council’s (CaGBC’s) Zero Carbon Building (ZCB) initiative to combine its own knowledge of and experience with efficient warehouse design with CaGBC’s new certification standard. There are 16 projects in the initiative, but the warehouse is the program’s only industrial building to date.

The Wilkinson development, still in progress, has been planned as a series of four to five multi-tenant warehouse buildings, totalling approximately 300,000 sf of space. The first of these, a 65,000-sf facility at 355 Wilkinson Avenue, is already up and running. It was designed in partnership with Efficiency Nova Scotia with a focus on keeping its tenants’ operating costs as low as possible. The effort also paid off by successfully earning CaGBC’s ZCB Design certification.

A history of efficiency

As mentioned, East Port already has experience with this type of effort, having monitored and measured its tenants’ energy consumption and learned in-depth about which features they do or do not use.

“We try to keep ahead of the market,” says Judy Wall, president of East Port, whose experience in the real estate industry began at Purdy’s Wharf in Halifax, the earliest commercial building in North America to use seawater for cooling. “We first sought Leadership in Energy and Environmental Design (LEED) certification for a warehouse more than 10 years ago. The building itself is really just a shell—the question is how to put enough features in it to earn effective LEED points while keeping costs in line with the market.”

“We now have years of operations showing reduced energy use,” says Wall. “Our previous buildings have led us to this net-zero heating energy point.”

Given such a track record, she felt it would be possible to create a comfortable warehouse where tenants would pay no central heating bills. This was important because building to the ZCB standard involved a 10 to 15% premium in costs, but the resulting higher rents could be justified to the market through significantly lower utility bills.

“The vast majority of warehouses have been completely off the radar when it comes to any kind of certification because of the financial structure of the leases that exist in this asset class,” Wall explains. “We had to figure out how to make the project financially competitive, keeping it in the realm of comparable rents.”

This meant understanding how warehouse tenants would actually benefit from ZCB certification’s requirements.

“To achieve LEED performance, you need a well-insulated building envelope, minimized infiltration, efficient ventilation equipment, automation and controls,” says Wall. “The automation is particularly important in this case, since warehouse managers do not typically focus on energy management. The savings have to be automatic.”

While Wall is not an engineer herself, Ruitenberg praises her as a strong advocate for the role of engineering in East Port projects.

“East Port’s collaborative design-build approach creates a positive environment for the discussion of new ideas and opportunities,” he says. “Judy is always challenging the team and suggesting alternative approaches. She realizes the value of engineering efficient building envelopes, which were quite often overlooked for warehouses in the past. Although she is not an accredited engineer, she has learned engineering principles for buildings through curiosity and in-depth involvement with numerous, varied projects.”

“A real estate professional is required to become a quasi-expert in everyone else’s business, because we provide the foundation for that business,” says Wall. “Gary, meanwhile, is an engineer who specializes in designing industrial buildings. He’s very open to what we’re trying to do, wants to know how it operates, talks to other engineers and understands how all of the electrical and mechanical systems work.”

As CaGBC puts it, working with the ZCB standard meant working backward from the end goal to determine what would be needed to achieve it.

One of the major considerations was on-site energy generation. For this purpose, East Port installed a rooftop solar photovoltaic (PV) system through Nova Scotia Power’s Net Metering program. It was sized and configured to offset the cost of fuel sources, assuming a heating energy intensity of 1.6 equivalent kWh (e-kWh) per square foot.

“Our in-house sustainability engineer—Edgar López, P.Eng.—wanted the panels to sit at 35 degrees, which geographically is the best angle for collecting optimal sunlight, but can suffer from wind uplift,” Wall explains. “Fortunately, we discussed this all before planning, which gave our structural engineer the opportunity to design the requisite strength into the roof itself. At our construction meetings, we want to hear everyone’s opinions. There’s a lot of value in face-to-face conversations in learning what works and what doesn’t and determining a schedule.” 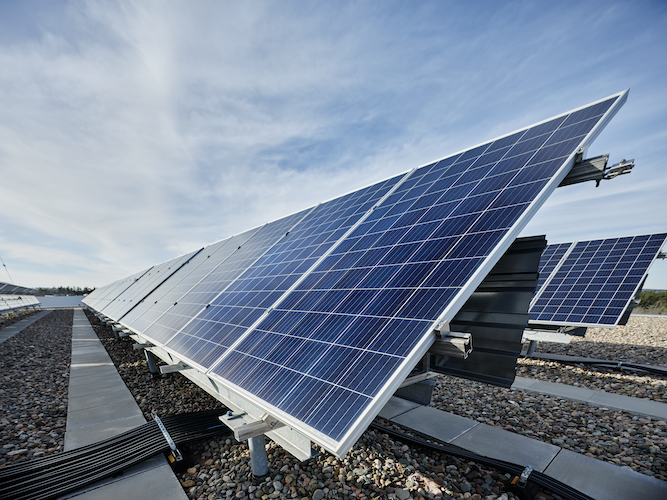 The roof was engineered to support the solar panels at the optimal angle.

There were also challenges in validating designs through energy modelling software.

“We have years of recorded energy use and, by extrapolation, rates of infiltration,” says Wall, “but the energy model requires prescriptive inputs that don’t always align with what we have recorded. The energy consumption in reality is 86% less than the model prediction!”

Another challenge was addressing restrictions by the local utility on how much on-site-generated energy could be provided to the grid to offset the use of off-site generation.

“In Nova Scotia, we can only contribute 100 kW per annum per customer,” says Ruitenberg.

“The utility sees the whole Wilkinson Warehouses development as one customer, rather than a number of tenants, since the units share one owner,” says Wall.

The company also upgraded the insulation value of the roof to R-40 and used an ethylene propylene diene monomer (EPDM) rubber membrane.

“The ballasted EPDM roof system has a proven track record in our area,” says Ruitenberg. “Many such roofs that are more than 35 years old are still fully functional today.”

Solera windows and skylights were selected to maximize the use of daylighting, which is rare to non-existent in traditional warehouses. Where artificial lighting was still needed, LED lights were paired with motion sensors.

In the end, one of the keys to keeping tenant bills low was to split up the heating.

The central heating is in-floor along the perimeter of the building, supplied via six electronically commutated motor (ECM) air-to-water circulator pumps in single-bay zones and a peak-load/backup condensing natural gas boiler, providing a constant floor temperature of 17 C. There are controls in place to prevent in-floor heating from running in areas with open overhead doors, which helps save energy for all of the tenants.

Meanwhile, individually metered and billed heating is provided via overhead units. This is only activated when a particular area becomes too cold.

“So, if you want that $0 heating bill, you have to use the built-in features of the building, like automation, and keep your door closed as much as possible,” says Wall.

Another key for reducing heat loss was adding vertical storing dock levellers, which stand up inside the building when they are not in use, as opposed to standard dock levellers that remain extended to the exterior at all times.

“This eliminates a major thermal bridge and reduces a significant amount of air infiltration that are inherent with typical dock levellers,” says Ruitenberg.

“These levellers are commonly used in cold-storage buildings,” Wall explains. “Innovation does not always have to mean something completely new; it can simply be an adaptation of an existing idea used in a new environment.” 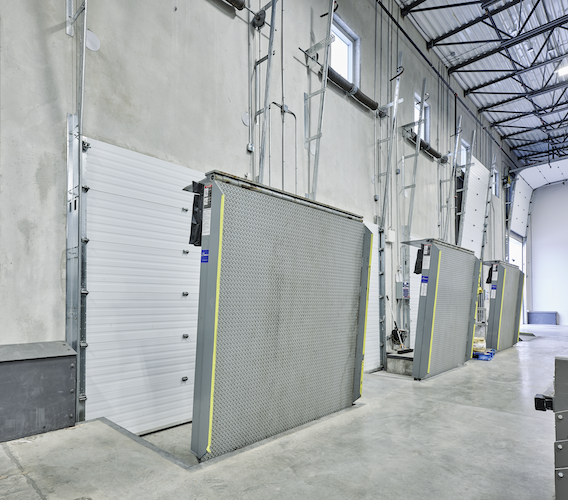 So, in working to achieve ZCB certification, East Port focused on what could be controlled, in the context of daily warehouse operations, to help tenants achieve net-zero central heating. By streamlining the approach for 355 Wilkinson, the team was able to bring innovative thinking to an industrial-class space, creating the next generation of warehousing today.

“Having third-party certification provides validation of our design and operations, as well as recognition of good practices,” says Wall. “We have a reputation in the market.”

“355 Wilkinson is the first industrial building in the country to be certified under the ZCB standard,” says Catherine Henry, marketing and communications (marcom) specialist for CaGBC, which plans to update the standard in early 2020 with the release of ‘ZCB v2.’ “Given the industrial asset class represents over two billion square feet of real estate across 11 Canadian markets, there is a remarkable potential for carbon savings to be had if more property owners follow East Port’s lead.”

Based on this success, the second warehouse—495 Wilkinson—is now also in operation as a ZCB Design certified building, while a third warehouse is still under construction. 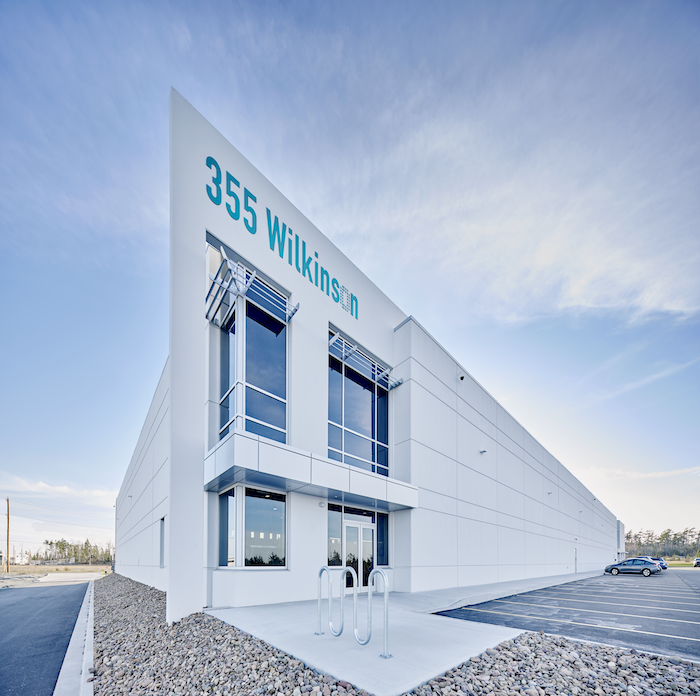 The Wilkinson development may grow to encompass four or five multi-tenant buildings.