Mark Blamey of Kerr Wood Leidal follows a rigorous regime to achieve physical and mental health and to manage stress. He is now applying the model to help people in his company achieve life balance. 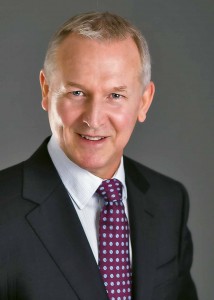 Mark Blamey: “I think the workplace is the next frontier for sports science applications.”

From the January-February print edition, p. 34

Mark S. Blamey, P.Eng., was appointed president of Kerr Wood Leidal Associates of Vancouver in August. Aside from having a professional career that has taken him on projects around the world, he is self-described as a “lifelong athlete.” He has competed in golf, soccer, sport fencing, a variety of martial arts, and has run two marathons. He spoke to CCE about his interest in “sports psychology” and how it can be applied in business.

Q. What is sports psychology? Is it about visioning your goals?
There are many definitions, but it’s really about what you want out of life, about achieving a balanced life. It depends on the model you use and your coach. I think the workplace is the next frontier for sports science applications.
The group that I work with is called Vision54. They are specific to golfers, although they have also coached other athletes and they have consulted to some large companies like Nike, and Volvo. They have a system they call “PTMESS-54.” The different letters stand for Physical, Technical, Mental, Emotional, Social and Spirit.
So, say for “Physical” people think of exercise, but it’s also about ensuring you get adequate rest, nutrition, regular downtime to relax, and whether or not your life is balanced generally. It’s about how much stress you’re sustaining over a period of time.
For “adequate rest” for example, I aim for eight hours of sleep on average per night. I have a sleep cycle App on my iPod that tracks the duration and quality of my sleep. For nutrition I follow a guideline known as “CLEAN.”

Q. Let’s talk a bit about the Emotional principle of PTMESS. Presumably it’s about keeping your emotions in check?
That’s one way of putting it. It’s the “skill of being in a coherent state under stress.” How to manage being nervous, or excited, or angry, or worried, and more.

Q. What kind of techniques do they teach for that?
A variety. Having a consistent routine is key. But one of the best techniques is drawn from self-defence training. When you’re fighting and in the height of a physical altercation you are normally accessing the primitive part of your brain, the amygdala. Your reponses are very quick, they’re instinctive. Adrenalin is flowing.
On the other hand, once the physical altercation is over, or once there’s a pause in the action, then you need to learn to slow down the adrenalin flow, shut down the primitive part of your brain, and start using the pre-frontal cortex and think about what to do next logically.

Q. How do you use the techniques in the business world?
The best application I could think of would be public speaking. It’s very stressful for some people. The self-defence training is applicable as far as calming yourself down, or recognizing you have adrenalin pumping and channelling it.
Frankly practice makes perfect. Facing fears and challenges repeatedly makes them smaller as time goes by.
I used the whole PTMESS model when I first joined KWL. What I did was isolate different groups. So branch office staff was a group. Different sector teams within the company were groups.
I had each individual score themselves anonymously. I told them there was no pressure to [take part], but it will give me an idea of where every team and every group is at.
We looked at what the average scores were for every part of the company — sector by sector, office by office — to give me an idea of where there might be conversations to be had, and where not.