The Lieutenant-Governor award and an award of excellence went to Sandwell Inc. in the 1999 Awards for Engineering Excellence given out by the Consulting Engineers of British Columbia (CEBC) in March. ... 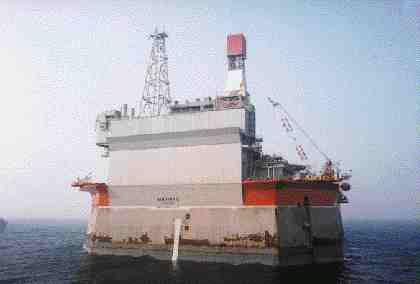 The Lieutenant-Governor award and an award of excellence went to Sandwell Inc. in the 1999 Awards for Engineering Excellence given out by the Consulting Engineers of British Columbia (CEBC) in March. Sandwell won the award for their refurbishment of the Molikpaq Spacer Offshore Production Platform, a bottom-founded Arctic offshore drilling structure that it originally designed in the 1980s. The platform is the first oil production platform in the Russian Arctic.

The structure has been placed 16 kilometers off Sakhalin Island in the Sea of Okhotsk in the Russian Arctic. The engineers designed a doughnut-shaped steel base so that it could withstand the harsh ocean environment. The region is either ice-covered or has huge wave swells, and is one of the world’s most seismically active regions. The base was married to the refurbished and structurally modified Molikpaq which was converted in a Korean yard into a drilling, production and living quarters facility.

The CEBC gave three other awards of excellence. In the building engineering category one went to Glotman Simpson Group for the Electronic Arts building in Burnaby. In the infrastructure category ND Lea Consultants won for the Tsable River Upstream Bridge in Courtenay. In the soft engineering category Klohn-Crippen Consultants won for the Hydraulic Study of the 1997 Red River Flood in Manitoba.