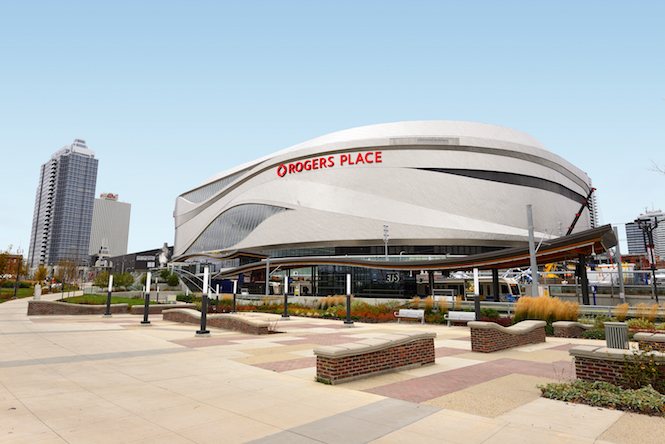 Rogers Place in Edmonton opened to the public in September 2016.

The doors of the shiny new stainless steel-clad Rogers Place in Edmonton officially opened to the public on September 8, 2016, and days later on September 16 the arena hosted a crowd of close to 20,000 to hear country music star Keith Urban rock the house.

And in its first year as the new home of the Edmonton Oilers, the venue set a regular season attendance record for the club, attracting over 826,000 NHL hockey fans. The downtown sports and entertainment arena has truly become a gathering point in the city.

Looking back, the City of Edmonton and the Edmonton Arena Corporation wanted to build the world’s finest sports and entertainment arena on an extremely tight schedule. The selected design team had effectively nine months to complete contract documents and the building was constructed in only 928 days from ground breaking to that first concert. 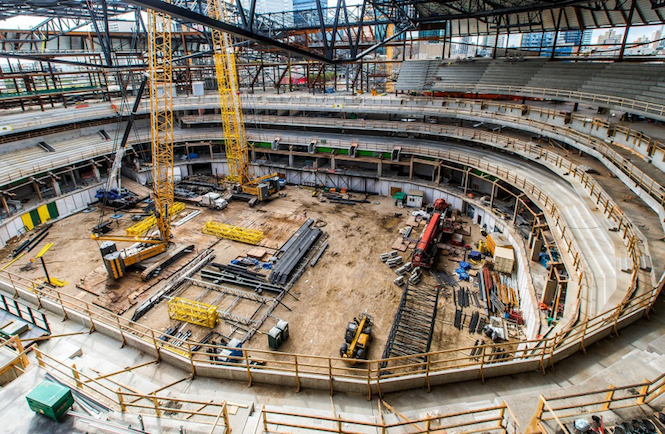 Rogers Place occupies over 1.1 million square feet (102,000 square meters), double the size of the former home of the Edmonton Oilers. Everything about the building is bigger, from conducting the largest pile load test to date in western Canada at the start of the project to installing the largest High Definition scoreboard in the NHL (14m x 14m x 11m, 48,000kg).

Keeping the fan experience top of mind, the structure was designed using moment frames to keep concourses free of obstructions, mechanical units larger than a city bus were hidden away and carefully insulated, electrical services were given just eight feet (less than 3m) of wall space to route conduit from electrical rooms, and everything was kept out of view of the fans. The unique shape of the building is allowed to shine through and is not obstructed by any of the elements that make the building function.

Throughout the project, the design team worked closely together with the client, project manager, and construction manager on a daily, sometimes hourly basis, to provide quick answers and resolve coordination issues that arose in order to keep the construction team on schedule. Collaboration among the project teams included working with 3D BIM models. The efforts of both the design team and the construction team allowed Rogers Place to open on time and on budget. 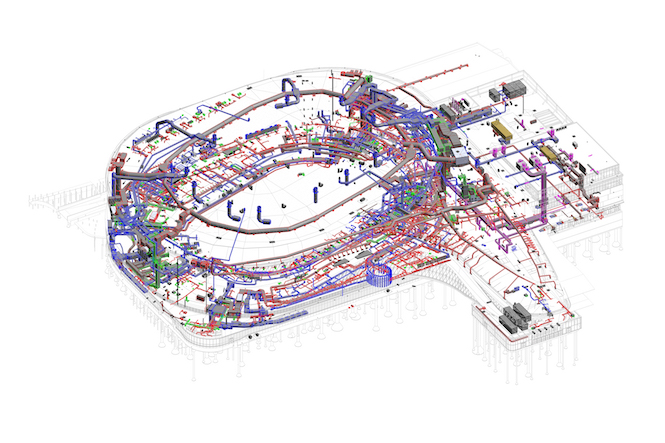 One of the main challenges was to coordinate the sheer number of systems required to service an arena all the while putting them in strategic spaces that will provide the most flexible operations of the facility and still be hidden from the public spaces.

One example of this complexity was that the electrical and mechanical teams had to coordinate over 1,000 connections for food service equipment alone.

Not only did the mechanical and electrical systems have to be hidden away, as mentioned, the structural system needed to be designed with moment frames to maintain clear access around the arena. Most typical moment frames have the potential for large drift movements under load, which would be unacceptable for Rogers Place.

In order to limit the drift movements, the design team engaged the main floor as part of the lateral resisting system. This resulted in a concrete slab acting as a part of the steel moment frame which is very rare.

These moment frames result in large foundation loads. The results of the pile load test gave the team a higher factored soil resistance allowing single 5.4m diameter belled piles to be used rather than pile groups which may not have been possible due to site congestion. 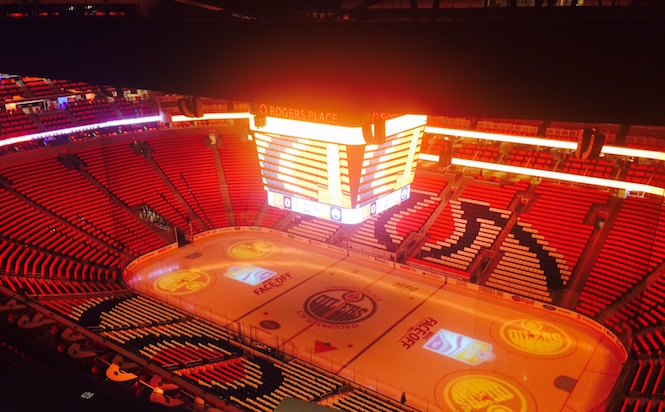 Rogers Place is the first NHL facility in Canada and the second in North America to achieve LEED Silver certification. There were a series of elements that added up to large overall energy savings that led to achieving the standard.

Construction waste for example; 94.8% of waste was diverted from the landfill, amounting to 3,469 tonnes.

LED lighting is used throughout the facility, and when installed, Rogers Place was the second  new facility in North America to use LED sports lighting. The technology saves about 60-70% in energy costs over traditional sports lighting systems. Energy modelling was used to reduce overall energy consumption and focus on efficiency.

Other environmental benefits include the development density and transportation access (Rogers Place will be connected to seven light-rail transit stops within a 10-minute walk), strong pedestrian connections to the downtown core and increased walkability in the area.

Rogers Place serves as a centerpiece of the new mixed-use ICE District being developed in the area, a massive 25-acre development set to revitalize Edmonton’s downtown and attract crowds from around the world.