A toxic site was transformed into waterfront parkland. 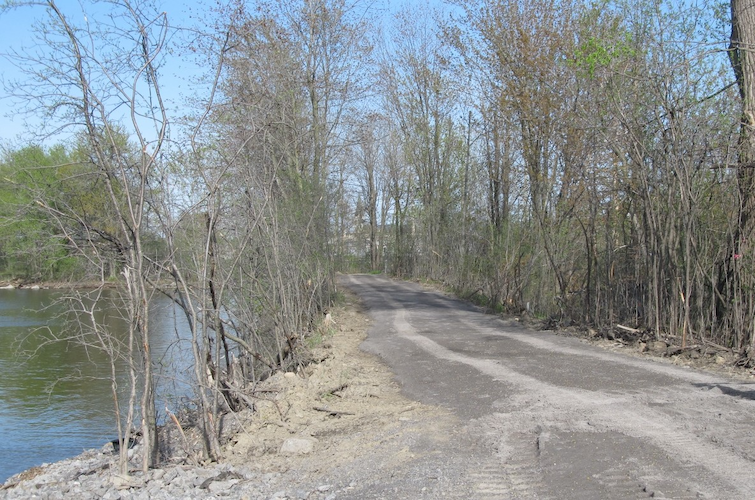 Through hydrodynamic and hydrogeological modelling, GHD recently helped Ontario’s ministry of natural resources and forestry (MNRF) transform the Hawkesbury Lagoon from a dangerous site to a waterfront parkland. The company provided both design and construction services for the lagoon’s remediation.

In the past, the presence of waste sludge and water in the lagoon posed a health hazard, due to elevated levels of hydrogen sulphide and related odours.

Cellulose manufacturing, a major component in the production of paper, began along the western waterfront in the town of Hawkesbury, Ont., in the 1890s. The lagoon, located on the base of the Ottawa River, received fibre-bearing sludge from the local Canadian International Paper mill’s operations and, eventually, demolition debris after the decommissioning of the mill in the 1980s. At that point, the MNRF assumed responsibility for the site from the former mill operator.

The lagoon was built through the construction of dikes between four islands and the shore. The site was primarily open water, with only a narrow path along the dikes between the lagoon and the river. Over time, residential and commercial properties abutted the lagoon on two sides.

In total, the lagoon had received some 260,000 m3 of waste. The long-term presence of waste sludge, elevated hydrogen sulphide emissions and odours became a health and safety hazard. The other chemicals of concern included heavy metals, polycyclic aromatic hydrocarbons, phenols and volatile organic compounds (VOCs).

The site was one of the last properties in Hawkesbury that had not been developed or taken into private ownership. Permanent closure of the lagoon was required to protect human health and the environment. Remediating the site became a priority for the MNRF.

Numerous studies were completed, but due to funding constraints, the nature and extent of the contaminants were not fully understood and no feasible solutions were identified. The project was complex due to limited access and land, proximity to residential and commercial developments and elevated hydrogen sulphide emissions.

Following 10 years of MNRF studies, GHD’s team developed a staged remediation plan, which could be implemented without further extensive research. The stages included investigation, laboratory and pilot-scale testing and approvals for remediation.

One of the key steps was developing a lagoon closure conceptual and detailed design, including:

GHD’s team developed the containment cell for the placement of waste sludge dredged from the lagoon, mitigating the need to transport large quantities off-site for disposal and allowing for some to remain in place (i.e. that was already located in the footprint of the containment cell).

Developed to permanently close the lagoon, the containment cell for the CAZ included a low-permeability barrier around the perimeter, vertical drains on the down- and cross-gradient sides of the cell and an upward vertical groundwater gradient for the bottom liner. This system minimized the volume of waste to be relocated, by allowing a portion of the existing waste to remain in place.

A low-permeability final cover system was designed to direct a portion of the surface water runoff to the vertical drains, creating the hydraulic gradient needed to transport the leachate generated through the CAZ. The controlled discharge of effluent from the CAZ was integrated into a box culvert, carrying flow from the Ottawa River through the remediated lagoon, while hydraulically preventing backflow from the river into the vertical drains.

The consolidation of waste into the containment cell created a land mass for future waterfront parkland. Repurposing the site for the community would involve reconnecting the remediated lagoon to the river, constructing a multi-use perimeter trail and restoring a heritage structure as a viewing platform.

The lagoon’s proximity to property boundaries required full-time monitoring and control of air emissions to ensure the protection of public health. The upward vertical groundwater gradient and the vertical drains created a natural liner beneath the waste, but also created challenges for removal of the waste. Complex hydrogeomodelling was completed for the site, with recharge and dewatering rates calculated at various stages.

Construction was completed over a three-year period aligned with funding. The site remediation was accomplished through dewatering, partial excavation of sludge and ‘cover in place.’ 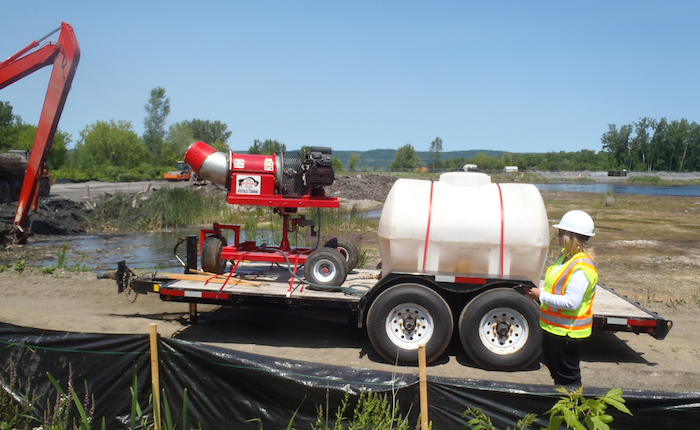 GHD designed a low-permeability cover system for the site perimeter.

Approximately eight hectares of the former lagoon was reconnected to the river, with a public walking trail established around the perimeter. Through remediation, the water toxicity was minimized and the odours eliminated.

Public access was restored to the remediated portion of the waterfront, which is now parkland to be enjoyed by residents. In this sense, the project has been a successful social endeavour. And once post-remediation monitoring confirms site compliance, the staged remediation plan may also result in the transfer of a portion of the land and trails to the town.