Bruce R. Reynolds and Sharon Vogel of Borden Ladner Gervais led an independent expert review of the Ontario Construction Lien Act this fall. One of their recommendations was for a 28-day payment period. 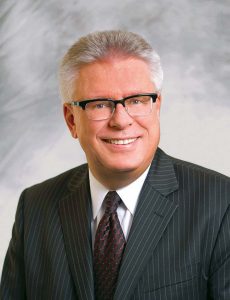 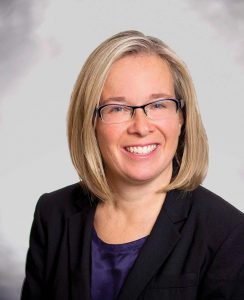 In September the Attorney General of Ontario released the report “Striking the Balance: Expert Review of the Construction Lien Act.” The independent report was by a team led by construction law experts Bruce R. Reynolds and Sharon Vogel of Borden Ladner Gervais in Toronto.
The report’s recommendations are said to be “significant” and will inform coming new legislation in Ontario. The potential changes in Ontario are also being looked at carefully by other provinces.
This article is part of a longer interview published on November 23 at www.canadianconsultingengineer.com, in which Vogel and Reynolds also talked about their recommendations for changes to the Lien Act and dispute resolution mechanisms.

Q. How will your recommendations on promptness of payment affect consulting engineers?
Bruce: We recommended a Promptness of Payment approach which would include an obligation on the part of an owner to pay a general contractor within 28 days of the general contractor’s submission of a proper invoice. The term “proper invoice” is very important in this context. It means, if this becomes law, that the engineer or architect who is working for the owner to certify payment will have to complete that certification process within a period of time that may be shorter than is currently the case on some projects.

Q. How much shorter, typically?
Bruce: It depends upon the contractual provisions. Right now freedom of contract applies and we are aware of examples where the owner has 45 days within which to administer the payment process. We’re recommending,, amongst many other things, that the payment period be 28 days maximum following delivery of a proper invoice. The recommendation … would apply notwithstanding any contractual provisions to the contrary.

Q. Won’t it meant that the prime consultants will have to work a lot more quickly to certify payments?
Bruce: Well, we’re not experts in engineering or architecture, but where a professional previously had a month and a half to perform certain functions, and is then required to perform that same function within a month if our recommendation becomes law, then it may be necessary for them to identify new approaches that will allow the certification to occur more rapidly.
There are other jurisdictions, I hasten to add, where the same functions are required by law to be performed within much shorter periods. There are states and large cities in the United States where legislation or policy requires these same functions to be performed within 15 days, for example. The evidence that we have considered indicates that the 28 day period that we have recommended is a reasonable balance.
Sharon: We’re cognizant of the need to give the payment certifiers sufficient time to review the work performed and evaluate it.  So over the course of our consultation meetings we did meet with representatives of the engineering community, including the consulting engineers, who provided us with a very good submission.

Q. Looking at it another way, does the shorter payment procedure mean that an engineer who is subconsultant to an architect would be paid more quickly?
Bruce: Yes. The owner would also have 28 days within which to pay the prime consultant. And the companion recommendation is that either the general contractor, or in this instance the prime consultant, would have to pay the people at the next level down in the contractual structure within an additional seven days.cce