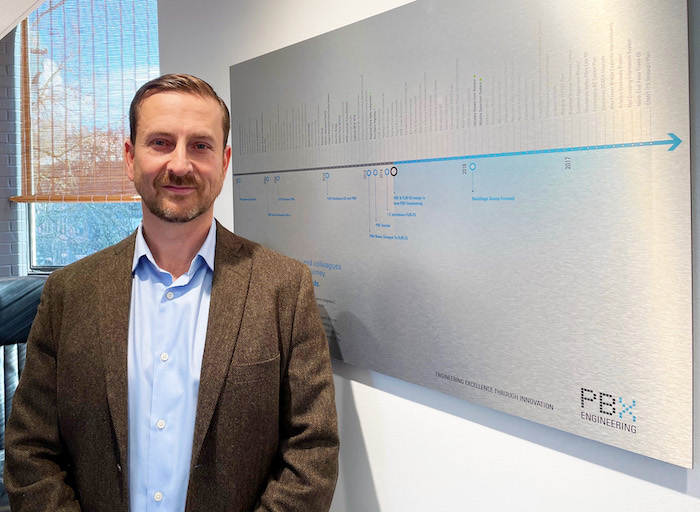 A large, brushed aluminum plaque in the PBX Engineering boardroom in Vancouver shows the firm’s history on a timeline, marking various milestones the consulting engineering practice achieved over its first 20 years.

Over the next decade, a growing team built on these unique and foundational skills to expand into complex electrical systems for ports, terminals, water and wastewater infrastructure, even lighting up the Olympic rings that in 2010 graced the Vancouver harbour and the entrance to Vancouver International Airport.

Further along the timeline are awards, flagship projects and newly formed business units. By 2017, the last year displayed on the plaque, the scope and diversity of PBX had branched out to include significant, multi-faceted projects where electrical infrastructure, software and systems integration played pivotal roles.

Along the way were mergers and acquisitions (M&A) and even name changes as the company grew from a four-man basement start-up to one of the West Coast’s most respected electrical and systems engineering firms.

“It’s our 25th anniversary this year and it’s time for an updated timeline—maybe a bigger wall!” says Ian Steele, who joined PBX as a design engineer in 1997 and took over as president in 2014. “When this timeline was commissioned in 2017, we had about 4,000 projects under our belt. Today, we’ve topped 10,000, earned numerous provincial, national and international awards and added our 90th team member. We have offices in Vancouver, Victoria, Kelowna and Squamish, B.C., Calgary and Edmonton.”

The firm has provided engineering services for many high-profile projects of regional and provincial significance, including major linear and vertical construction, regional-level deployments and systems that support critical infrastructure.

“Many people know us for our work in transportation,” Steele says. “We’re proud of that recognition, but we’re much more than that tip of the iceberg.” 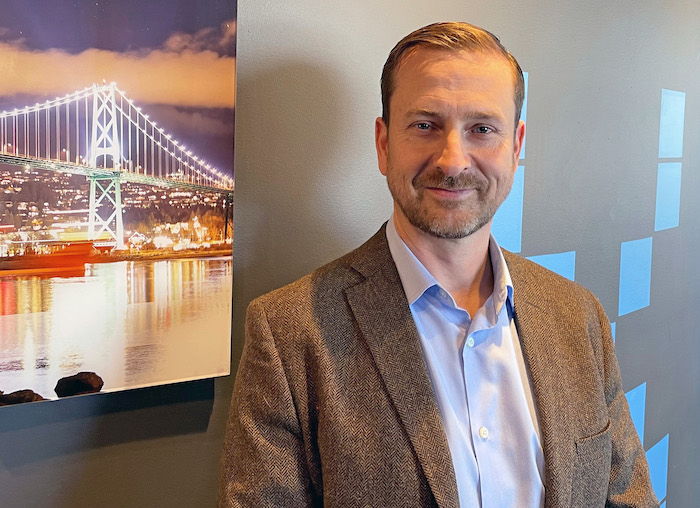 Ian Steele joined the firm as a design engineer when it was founded in 1997. Today, he is its president. Photo courtesy PBX.

He explains the evolution of PBX has focused on diversification and measured, strategic growth, building up a breadth of unique expertise.

“Many of the design approaches used within one area of our practice will overlap with another,” says Steele. “Internally, every project is a collaborative engagement. We leverage each other to solve complex problems. Each project, no matter the industry, benefits from cross-functional experience. This collaboration is a force multiplier.”

This also allows the firm to provide a comprehensive suite of technical and project delivery services.

“We plan, we design, we lead construction, we test, we commission and everything in between that supports effective project delivery,” Steele says. “Clients appreciate our services cover the full project life cycle.”

He adds the firm’s success is underpinned by its corporate culture.

“People like it here,” says Steele. “We’ve focused on building a sense of community, a place where people can build long-term careers.”

Many employees have been at PBX for 10 or more years. The firm has rolled out a new internal associate program for future leaders.

“It’s all about sustainability,” says Steele, “in terms of the business itself, but also in terms of the composition of our project portfolio. An important part of what drives our team is the impact our projects make. Electrical infrastructure supports initiatives that matter on a regional and national scale. We take pride in making a difference.”

As part of this year’s celebrations, PBX recently held a client social event where a new timeline plaque was indeed unveiled. And there’s plenty of room on an adjacent wall to celebrate the next 25 years.