Wayne Bowes, P.Eng., Vice President of Transportation for Delcan, became President of FIDIC, the International Federation of Consulting Engineers, for a two-year term on September 22 at its General An... 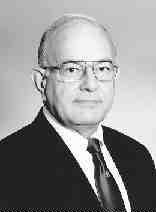 Wayne Bowes, P.Eng., Vice President of Transportation for Delcan, became President of FIDIC, the International Federation of Consulting Engineers, for a two-year term on September 22 at its General Annual Meeting in The Hague, Netherlands. He is the first Canadian to head this organization, which groups 66 national associations worldwide.

Bowes’ work with FIDIC dates back to the early ’90s, when he chaired a committee that produced a quality management guide for the industry. It is widely used around the world. Since then, his work with FIDIC has focused primarily on professional standards and redefining FIDIC’s direction, which reflects some of the objectives he had set for ACEC while serving as its Chair in 1991-92.

Several priorities are on the slate for FIDIC under Bowes’ direction:

— Strengthening the relevance of FIDIC to the global consulting engineering community and raising the image of engineering at the international level.

— A focus on sustainable development practices, to address the growing need for environmentally sound design applications and increased expectations from clients to provide better solutions in the management of natural resources in the face of market globalization and privatization of production and services.

— The continuing development of contract documents for use on construction projects around the world that fit the complexities associated with emergent economies and burgeoning consulting engineering industries.

— The formulation of a guide for the use of ISO quality management standards in the industry for firms whose future business prospects would benefit from ISO certification.

A fellow of the Institute of Transportation Engineers, Bowes is also a long-time advocate of efficient, well-funded transportation systems. He is a staunch supporter of ACEC’s work on the establishment of a permanent infrastructure renewal and rehabilitation policy at all levels of government.

Condensed from an article by Patricia Williams, Daily Commercial News and Construction Record.

ACEC will reiterate its call for the establishment of a permanent infrastructure renewal and rehabilitation policy during its Third Annual Government Relations Days, December 2 and 3, in Ottawa.

Over this past summer, newspapers have reported more and more talk about highway and municipal infrastructure needs across the country. The subject was on the agenda of the provincial Premiers’ meeting in Quebec City in early August and then again at the federal Liberal Caucus meeting later on in Halifax. ACEC continues to press the federal government for a long-term program to redress Canada’s $60 billion infrastructure deficit starting with the next Budget.

For more than six months, ACEC and its members have been running a grass roots information campaign aimed at elected representatives and federal officials. The crux of the industry’s arguments rests on three principles:

public health and safety, and

Renewed efforts in reinforcing the infrastructure lobby during Government Days will also provide members and other concerned parties with the opportunity to meet with MPs on Parliament Hill. The event is open to any Canadian business or group whose interests are directly linked to the national infrastructure. Contact the ACEC National Office at 1-800-565-0569, ext 208.