There is no one-size-fits-all solution. 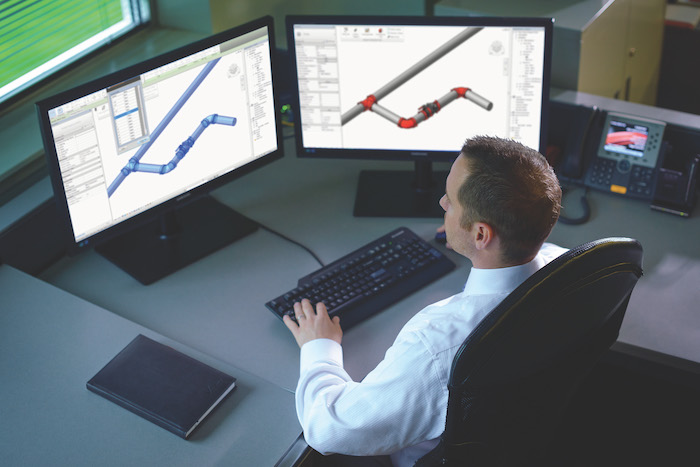 A recent survey of the construction industry by the Building Innovation Research Centre (BIRC), an organization within the University of Toronto’s (U of T’s) civil and mineral engineering department, found most respondents believed building information modelling (BIM)—i.e. digitally representing a built environment’s physical and functional characteristics—will continue to become more prominent across various sectors. Indeed, some 75% of respondents agreed governments, owners and clients will either insist on BIM adoption or simply go ahead and implement it themselves.

Yet, while it appears the industry is actively working to implement BIM methodologies, many respondents also reported they have not established a process to create teams to evaluate and assess the viability of new approaches. The sheer volume of available software can be daunting to such teams when determining if BIM can live up to the hype of sales pitches and actually drive efficiency after it is integrated into their workflows.

As the Canadian construction industry continues to move forward with BIM, it is important to recognize it is not a one-size-fits-all solution for engineers. Rather, it is a process, a method for implementing best practices, that can achieve strong results when tailored to a specific business.

“The sheer volume of available software can be daunting.”

When the construction industry discusses BIM, it tends to focus on streamlining processes to take a project toward successful completion, but the technology has the potential to deliver much more, if all the pieces that make up the program work together seamlessly. So, it is important to consider software integration and compatibility.

A report from JBKnowledge noted 80% of companies use up to five different software platforms, most of which do not integrate with one another. Project managers need co-ordinated tools from conception through installation to improve their workflows.

Typically, such gains in efficiency are only achieved when various programs both function well and communicate with each other. 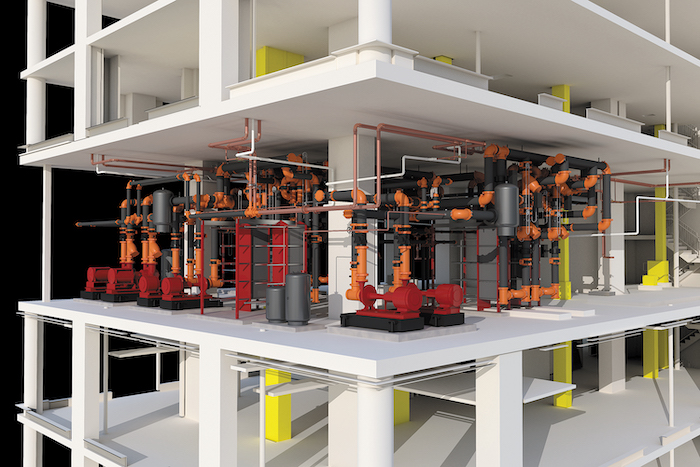 The successful implementation of BIM tools begins at the earliest preconstruction stages of a project.

In recent years, the first choice for BIM software has shifted from Autodesk’s AutoCAD Verticals to Revit. One key reason is Revit’s ability to connect and work with other software packages and add-ons, building upon initial software investments. This interoperability is best showcased through the addition of three-dimensional (3-D) point scanners, virtual reality (VR), augmented reality (AR) and mechanical, electrical and plumbing (MEP) modelling collaboration programs.

During preconstruction, 3-D scans of a job site can be imported into a series of compatible programs, allowing final images to be viewed in both AR and VR platforms. This allows companies to visualize designs of MEP systems not only as 3-D models unto themselves, but also within the spaces where they will eventually be installed. This can help identify issues that traditionally would only have been revealed on-site, once installation was already taking place.

Software interoperability can also enhance collaboration between teams and eliminate bottlenecks during modelling and co-ordination processes. Prior to using BIM, when a company modified a computer-aided design (CAD) model, the changes had to be emailed to the end user, triggering a project review. This time-consuming process would involve at least several back-and-forth emails, until the change was eventually approved. Today, software can allow team members to exchange comments in real time, streamlining the process.

“Most platforms are not compatible with each other.”

With a BIM workflow, the streamlining of co-ordination can be applied at every stage of a project, including fabrication.

Fabrication spools can be created and published in Revit. Then, using other programs like GTP’s Stratus, each spool’s status can be updated both in the fabrication shop and within the Revit model.

This integration provides a higher level of control for project managers over the co-ordination process, and real-time updates on the status of each spool piece within the shop. Data is integrated into the Revit model for easy viewing by multiple stakeholders. And as a spool moves through the shop, its status code can be updated in both Stratus and Revit without the need for republishing.

Prefabrication in Revit is simplified because team members can visualize the project site, identify any clashes before they occur and then co-ordinate their efforts to find solutions. Designers can create virtual mockups with specific components, enabling more precise estimating, as well as the ability to verify all aspects of a project are compliant with relevant codes.

Thus, through greater awareness, adoption and integration of BIM tools, the construction industry can continue to improve efficiency and deliver greater value than was possible through traditional approaches.

Laying a foundation for success

Recent data suggests 40% of the construction sector’s current workforce will retire within five years. The industry cannot afford to lose this knowledge. To make up the difference, companies will have to trade in the traditional spreadsheet for an advanced alternative, sooner rather than later. Being able to ‘do more with less’ will continue to be a reality for many firms.

In this context, the value and benefits will become all the more clear for investing in integrated software platforms that provide a foundation for streamlined processes, seamless communications, real-time collaboration and decision-making and greater productivity.