The vagaries of off-site construction are open to legal interpretation. 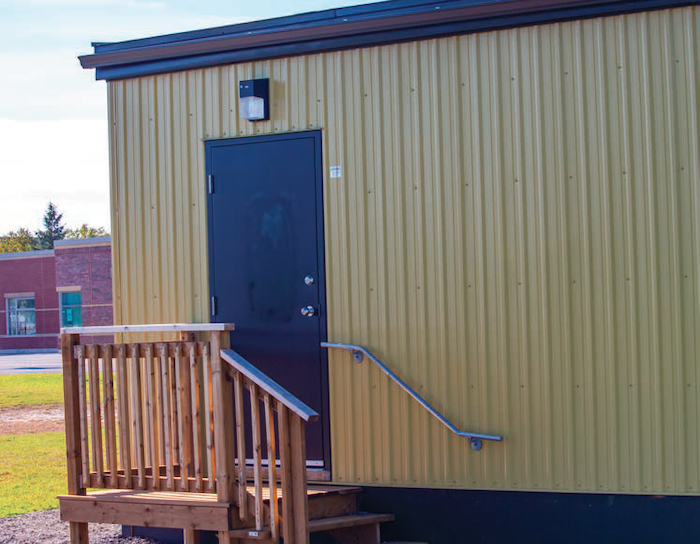 The construction lien is a powerful remedy in the nature of a charge against an interest in lands and premises to secure a preference of payment for services or materials supplied for an improvement. It ensures contractors and other professionals enjoy protection of payment for their contributions to a project.

The rules surrounding such liens are governed by the Construction Act, R.S.O. 1990, c C.30. The availability of the lien remedy is typically straightforward in cases where a contractor supplies materials or services at the construction site itself. However, other situations call into question the scope of lien rights under the Act.

If a home is built off-site in a modular prefabrication factory, for example, and subsequently installed at a construction site, do the contractors who worked on it enjoy lien rights in the land where the home is ultimately located? Do lien rights exist with respect to other modular structures, such as portable classrooms for schools?

As with all construction law matters, case law suggests the answer in any particular case will be both highly fact-driven and highly context-dependent.

True chattels are not affixed to specific lands.

In Hank’s Plumbing and Gas Fitting Ltd. v Stanhope Construction Ltd., the Alberta District Court considered—in 1978, for what appears to have been the first time—the availability of lien rights in relation to prefabricated modular structures.

The court held the plaintiff’s services were not lienable, as the homes had “all the attributes of a chattel.” Key to the court’s conclusion was the fact the owner of the homes could direct where the home would be installed. In other words, the homes had no connection to specific land and could be moved around at the direction of the owner.

Two years later, the Alberta Court of Queen’s Bench reached the opposite result in Aspen Lumber Co. v Depner. In this case, a contractor supplied lumber that was used to make pre-fabricated condominium sections (i.e. framing). The contractor cut the lumber at its own factory, while the building of the sections was completed at another factory.

The court held the contractor was entitled to a lien, notwithstanding the facts the contractor supplied services off-site and the framing was constructed off-site. The court distinguished the facts from the earlier Hank’s Plumbing case on the basis that (a) Hank’s Plumbing dealt with true chattels that were not affixed to the land, while (b) in this case, the prefabricated sections were manufactured with the specific land in mind.

Finally, in Inseco Ltd. (Trustee of), Re, a 1986 decision by the Ontario Supreme Court’s bankruptcy division held a contractor who assembled portable school buildings had no lien rights. In this case, the portables were delivered to the site completely finished and then installed on concrete blocks. The court observed the portables were self-contained units that could be moved from place to place, like a trailer or mobile home, and in this regard they resembled chattels more than anything else. Further, the school portables were not manufactured for a specific site and could be installed at any school at the direction of the school board.

Lien rights depend on the specific facts of each case.

As these cases illustrate, the availability of lien rights in the context of prefabricated modular structures depends, in large part, on whether there is a connection to specific land.

The cases that have considered this issue are somewhat dated. A more modern ‘nexus test’ is now used to determine whether the supply of services or materials is lienable.

In applying this test in the context of prefabricated modular structures, it is clear, so long as there is a sufficient nexus between the contractor’s contribution and the project itself, the fact the services or materials are supplied off-site and in relation to a prefabricated structure will ultimately be a red herring. In the above-noted cases, the courts appeared to arrive at the correct results by focusing on the degree of connection between the contractor’s work and the lands in question.

Indeed, as all of the above makes clear, the availability of lien rights under the act is highly context-dependent. No two cases are alike and the specific facts of the case must be leveraged one way or another to prove or disprove the existence of lien rights.

Given the complex and technical nature of this area of law, consulting engineers and contractors are encouraged to seek legal counsel to understand the nature and scope of lien rights available to them. Moreover, the timelines for preserving and perfecting construction liens under the act are strict and show no mercy, requiring great caution and care.

Michael Arbutina is a partner and Catherine Phelps is an associate at Miller Thomson, based in Vaughan, Ont. For more information, contact them at marbutina@millerthomson.com and cphelps@millerthomson.com.

This column originally appeared in the July/August 2021 issue of Canadian Consulting Engineer.