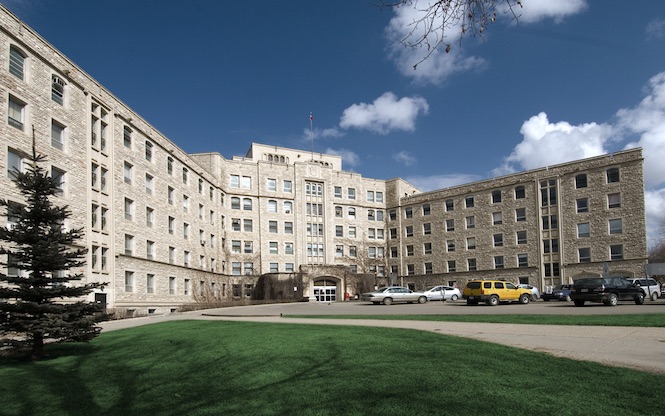 Originally opened in 1955, the Royal University Hospital (RUH) on the campus of the University of Saskatchewan in Saskatoon is a seven-wing, seven-story hospital that took eight years to build. Today, as part of the Saskatoon Health Region, RUH provides acute-care services and serves as the main trauma center for the province, and it currently houses maternal and child services, neurosurgery and cardiovascular surgery.

The 1.6 million-sq. ft. facility has gone through expansions in 1978, 1988 and 2010, and construction is currently ongoing next door as the Jim Pattison Children’s Hospital broke ground in September 2014, with completion expected in 2019.

In 2014, RUH entered an energy performance contract with Johnson Controls aimed at facility improvements to be paid for over time by energy, water and operational savings.

With provincial approval, the Saskatoon Region borrowed the funds to pay for the project, with the annual cost savings to be used to make the loan payments.

The hospital invested $13.6 million into facility upgrades designed to save $1.4 million per year. And along with the cost savings, the facility will be improving the environment—both the climate inside the hospital and the building’s overall carbon footprint.

The project was completed ahead of schedule, by June 2016, and through measurement and verification, the initial savings have proven to be almost double the guaranteed amount.

The early review of the facility revealed a few systems or operations that reflected the aging infrastructure of a 60-year-old healthcare building.

Papillon adds that there were outdated pneumatic room controls for general and patient care areas, and the lighting system ranged in age and design. “It consisted of different technology creating a variety of appearances and levels of efficiency.” 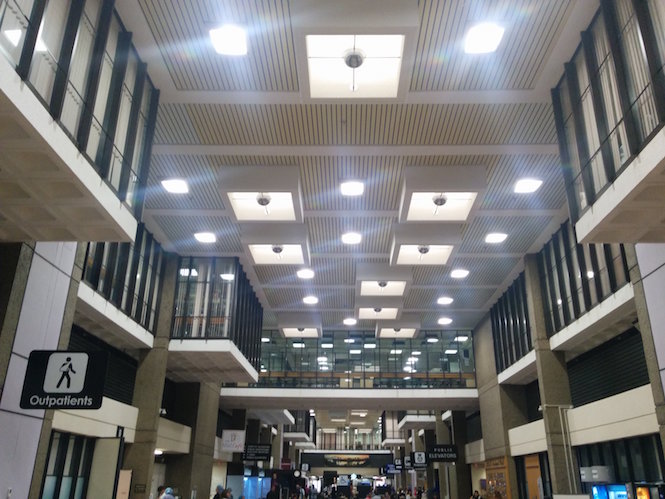 Lighting throughout the facility was reviewed, some 16,000 fixtures in total.

The hospital is heated by steam purchased from the University of Saskatchewan’s central heating plant that pipes in the steam. Jackets have been installed on 325 portions of the steam distribution system to insulate the pipes and prevent heat loss. And steam traps, that capture the latent heat before the water is sent back, were replaced to improve heating efficiency and reduce the need to cool the rooms where the steam may have been escaping.

Papillon explains how improvements were made to the fresh air intake at the hospital: “Our initial site visits revealed strong air movements between the interconnections of the buildings (e.g.: certain doors wouldn’t remain shut, “windy” corridors, etc.).

“An outside air analysis was performed as a part of a robust Retro-Commissioning process. The minimum outside air volumes and exhaust air volumes were measured and compared against the minimum requirements from CSA Z317.2/ASHRAE 62.1.

“The minimums were adjusted to correct relative pressure deficiencies, or to meet the requirements, and significant heating cost savings were achieved as a result.”

The RUH consists of five interconnected facilities, with the oldest building constructed in the 1950s and the newest in the 2000’s. As Papillon explains, there are a variety of control systems on site ranging in age, manufacturer and design—from 50-year-old standalone pneumatic controls to modern direct digital controls installed at the room level.

As part of the upgrade, occupancy sensors were connected to reduce energy use in vacant areas, and digital controls were upgraded to provide facility operators with better information to control the environment.

“Many existing HVAC systems were controlled by either standalone pneumatic controls or older digital technology,” explains Papillon. “The controls were upgraded on many HVAC systems to allow scheduled occupancy and variable flow control to meet the spaces’ requirement, providing the operators with better information needed to control the environment.

“The more complex retrofits were for the general air handling unit (AHU) and the operating room (OR) AHU. The general AHU, the largest ventilation system at RUH, is a dual duct system which consisted of five supply fans and a combination of 13 return fans and 12 exhaust fans serving a total of 300 dual duct mixing boxes.

“The controls were upgraded to allow for variable flow operation, to more accurately track the air flow requirements of the mixing boxes, and to enable the system to monitor the balance between air being brought into the building and air exhausting the building to maintain the correct pressurization.

“The mixing boxes were retrofitted with new digital controls and electric actuators. Zone-based wireless sensors were installed to allow control of the zone-associated mixing box temperature.

“The OR AHU is a dual duct system serving mixing boxes controlled from pneumatic thermostats. The boxes were designed to deliver a constant air volume to the zones. The controls were upgraded on the OR AHU and associated mixing boxes to allow occupancy air flow control and the building automation system (BAS) is now capable of remote monitoring of the airflow rates 24/7. 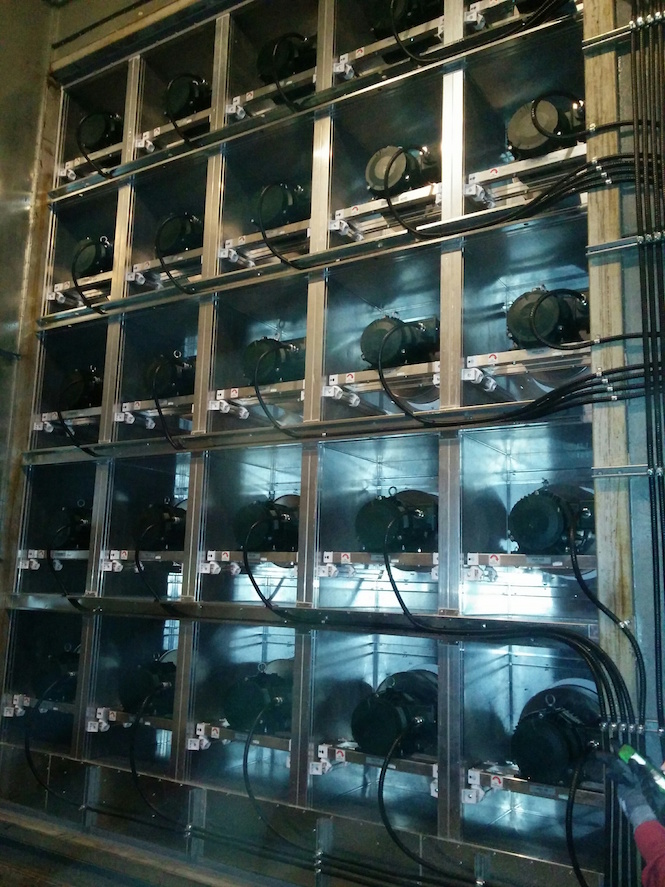 All fans in the wards, general and operating room systems were all at the end of their life cycle requiring constant maintenance, so new fan wall systems were put in place. Papillon explains: “The purpose of the new fan walls was to create an increased level of redundancy. The measure replaced the nine original axial fans with 62 modular fans within 3-fanwall systems (General AHU, Ward AHU, and OR AHU) with each fan module controlled by its own variable frequency drive (VFD) through the BAS.

“The original axial fans were equipped with variable pitch in motion vanes for pressure control in reaction to changing flows in the hot and cold decks.“

Johnson Controls worked with Clark Engineering of Edmonton for the controls upgrade’s related scope, and with Bouthillette Parizeau et Associes (BPA) out of Montreal for fan wall design and retro-commissioning.

In a release from Johnson Controls, Nilesh Kavia, vice president of finance and corporate services, Saskatoon Health Region notes, “We recognize that health care is a huge negative contributor to the environment, and that’s contrary to the ‘first do no harm’ philosophy of medical professionals. We have a duty to mitigate the environmental impact on public health, and we’re doing that by reducing energy and water waste.”

It’s been a year since the efficiency improvements were completed at RUH, and according to Papillon, the team is still working on reporting on the results for the last quarter of Year One, but based on the third quarter, they are continuing to exceed the savings target by nearly 40%.   cce