A consortium of Canadian engineering and construction companies is proposing a high-speed passenger train service between Toronto and Quebec City. SNC-Lavalin, AGRA-Monenco, Bombardier, GEC Alsthom, A... 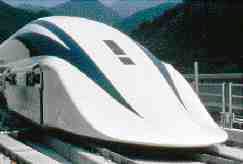 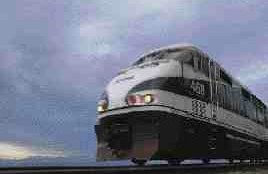 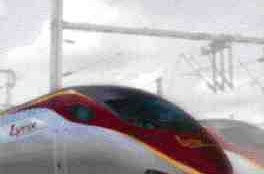 A consortium of Canadian engineering and construction companies is proposing a high-speed passenger train service between Toronto and Quebec City. SNC-Lavalin, AGRA-Monenco, Bombardier, GEC Alsthom, AXOR and Ellis-Don are behind the Lynx proposal. It would see TGV trains travelling at 320 kilometre an hour and reduce the travel time between downtown Montreal and Toronto to 2 hours 20 minutes.

The Lynx team made the proposal as a public-private partnership to the Federal, Quebec and Ontario governments last year. The estimated full cost of the project would be around $11 billion, but for the moment the consortium is waiting to hear if the governments will commit to a 41-month second phase project development phase costing $102 million.

The trains would travel on existing lines for about half their journey. By replacing automobile traffic, the proponents suggests the electrically powered service would reduce fossil fuel consumption in the corridor by 20% by the year 2025.

Amtrak began running a high-speed European-built passenger train “Cascades” service on the 750-mile route between Vancouver and Eugene, Oregon in December. The Spanish-designed Talgo trains use tilt technology that enables them to maintain high speeds as they go around bends, and can travel up to 200 kilometres an hour.

Eventually Amtrak hopes to reduce total travel times on the route by three hours, but that will depend on major track upgrades. In the B.C. portion of the line the trains are currently restricted to 127 kph, and in some critical places grind along at only 20 kph. Though U.S. state and federal governments have invested heavily in the train service, so far the B.C. government has shown no sign it will do the same.

The Japanese Maglev train will leave other high-speed trains behind in the dust. Undergoing tests near Tokyo, the Linear Shinkansen model is a magnetically levitated train with a cruising speed of 500 kilometres an hour. It uses electro-magnetism to provide propulsion, vertical levitation, suspension and lateral guidance.