While he waits for another bleak Alberta winter to play itself out, Dejiang Long, P.Eng., indulges in a little nostalgia. 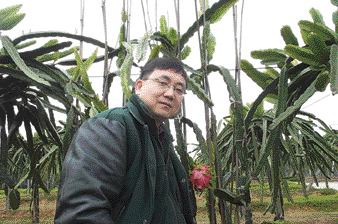 Dejiang Long, P.Eng. during a recent trip back to his home town.

While he waits for another bleak Alberta winter to play itself out, Dejiang Long, P.Eng., indulges in a little nostalgia.

He thinks of mild April evenings in China’s sub-tropical Guangdong province, where he was raised in a small rural settlement. He warms himself with thoughts of swimming, fishing and boating trips on the hospitable river that meanders through his home county.

Other memories aren’t so idyllic. As a boy growing up during the Cultural Revolution of 1966-76, Dejiang wasn’t always allowed time to enjoy the lazy, hazy days of summer.

Instead, he was forced to work for weeks at a time, doing compulsory labour on experimental farms.

“They tried to educate students by sending them to do hard labour. We learned practical farming skills,” he says.

He also suffered the shock of watching the infamous Red Guards condemn his father (a minor Communist party official and ex-schoolteacher) as a dangerous intellectual.

Now an award-winning hydraulics engineer and project manager who works out of Golder Associates’ Calgary office, Dejiang, 41, draws his earliest recollections from an uproarious and upsetting period in his country’s history.

The Cultural Revolution was a harsh social policy authored by Chairman Mao Zedong. It brought turbulence and an atmosphere of hate even to remote rural communities. Mao embraced desperate measures in an effort to renew the “revolutionary spirit” within his people. He sought to rid the ruling classes of officials who had fallen from grace, while simultaneously purging “elitist” elements from the educational, cultural and health care systems. Mao’s instrument for these often brutal reforms was the Red Guard: gangs of urban youth who resorted to thuggery in the name of policy.

Dejiang, his two brothers and parents lived in a two-room suite while sharing cooking facilities with another family. Dejiang was about seven when a day dawned that he won’t forget: the day the Red Guards came for his father.

Under terms of his “rehabilitation,” Dejiang’s father was first humiliated in front of the townspeople and made to wear a sign plastered with derogatory slogans. Then he was marched off to contemplate his errors at a provincial labour camp where, as an inmate, he was forced to tend livestock and work long hours in the fields.

“I could never seem to keep my stomach full,” Dejiang says.

Although he had to do frequent sessions of drudgery and labour, Dejiang studied hard at school and received top marks. His father was eventually allowed to return home and after the end of the Cultural Revolution in 1976, Dejiang jumped at his first real chance to escape poverty. He aced his university entrance exams, ranking among the top three candidates in a province of 86 million.

Later, as an engineering graduate of Beijing’s prestigious Tsinghua University, Dejiang found himself first in line for a World Bank-funded scholarship for a year’s post-graduate study in Canada.

He chose the University of Alberta and ultimately earned his doctorate there in 1991.

“I thought it was an excellent opportunity to learn about the West,” he says.

As he began moving easily in “decadent” capitalist circles, he found himself getting more comfortable and decided to stay.

Ultimately, he married a hometown girl and brought her to Calgary. Dejiang’s weekends are now spent transporting his kids to swim meets instead of swapping party rhetoric with his pals in the Tsinghua student lounge.

His parents and brothers, he reports with pleasure, are alive and thriving in the revitalized market society that is 21st-century China. “If you look at the Chinese now,” he says with a sardonic grin, “they’re more capitalist than Canadians.”

Tom Keyser is a freelance writer based in Calgary.