It lies at the bottom of the Sea of Okhotsk, 16 kilometres off the shore of Sakhalin Island. It is the first oil production platform installed in the Russian Arctic -- the creation of Canadian consult... 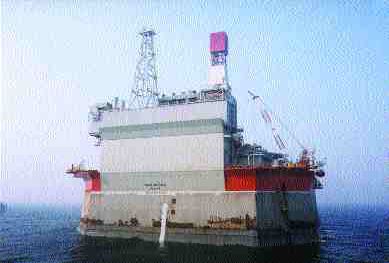 It lies at the bottom of the Sea of Okhotsk, 16 kilometres off the shore of Sakhalin Island. It is the first oil production platform installed in the Russian Arctic — the creation of Canadian consulting engineers.

Designed and installed by Vancouver-based Sandwell Engineering Inc., the Molikpaq Spacer Offshore Production Platform is one example of the significant contribution Canada’s consulting engineers make in a full range of sectors — environmental services, building and construction, transportation and others — across the country and around the globe.

Delcan is one of hundreds of Canadian engineering firms that export their services, earning Canada the position of fourth-largest exporter of engineering expertise in the world. “Having learned valuable lessons domestically, our engineers apply their knowledge to international challenges,” Page said.

According to a 1998 industry survey conducted by ACEC, Canadian consulting engineers export over eight per cent of their services. A 1999 trade survey undertaken by the association showed they would export further, if not for restrictive licensing regulations and non-recognition of professional credentials abroad.

“Canada has capabilities that exceed domestic requirements,” said Wayne Bowes, P.Eng., vice-president of Delcan’s transportation division and incoming president of FIDIC, the International Federation of Consulting Engineers. “Therefore, we depend on the export of food, raw materials, and services such as consulting engineering. We can sell our services and also learn things abroad that we can bring back to our country.”

Beyond conventional design and construction projects, Canadian consulting engineers have made strides in non-traditional areas such as computer-based technical training. This activity represents a full quarter of business for Montreal-based Tecsult Inc.

In support of the International Space Station Program, Tecsult is currently developing computer-based training modules aimed at preparing astronauts from Canada, the United States, Russia, Japan and Europe to operate the Mobile Servicing System (MSS) — a variation of the Canadarm — aboard the space station.

“It’s all about knowledge transfer, something Canadians don’t shy away from,” said Tecsult president Luc Benoit, ing. “We’re willing to transfer technology to developing communities to help them understand and continue by themselves,” he said. “We are really keen to help them.”

The industry works in many ways to promote social and economic betterment at home and around the world. If you are interested in sharing your stories with ACEC, we can help to tell them in future issues of this magazine.